The NSW Police in Rose Bay has been given a special present from Volvo Australia; a new Volvo S60 Polestar police car which will be used as a community liaison vehicle. 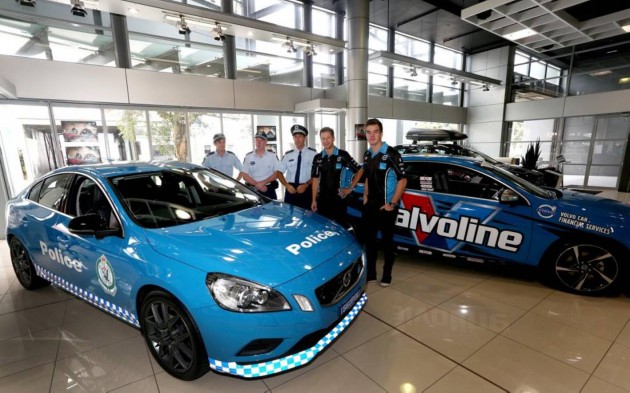 Although the S60 Polestar has the potential to be a cracking chase car, with its 3.0-litre turbo inline six with 257kW and all-wheel drive, the Rose Bay local command will not be using it as a first-response vehicle.

Instead, it will be used for local events such as fetes and festivals where it can help police engage with locals. Volvo Polestar V8 Supercar driver and Polestar test driver Robert Dahlgren said,

“When I was testing this car in the frozen north of Sweden, I never thought I’d be handing over the keys to one down here in Australia – let alone to the police.”

Both Volvo V8 Supercar drivers, Scott McLaughlin and Robert Dahlgren, handed the keys over to the Rose Bay command. Partners in the program were Volvo Car Australia and Trivett Volvo.