The Volvo S60 Concept car, known as ‘the beast’, is one of the fastest and most powerful cars Volvo and Polestar have ever made. It features a highly modified turbo engine based on the S60 T6 3.0-litre inline six, vast chassis and suspension revisions, and a pumped out, carbon-infused body. 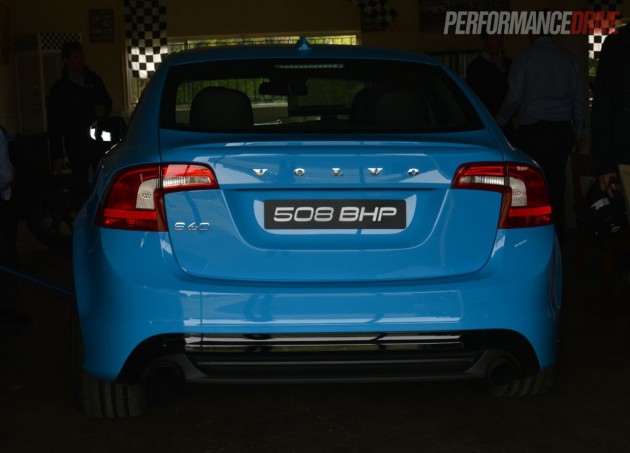 The concept also comes with racing Ohlins suspension, stiff chassis points and uni-ball joints, as well as racing six-piston brakes, and a widened body with bolstered wheel arches front and rear, and some carbon fibre panels.

The production car that has spawned from The Beast, the S60 Polestar limited edition launched last week, features a watered down and more user-friendly and reliable combination of all of the concept’s ingredients. So, is there a potential for the concept to go into production? 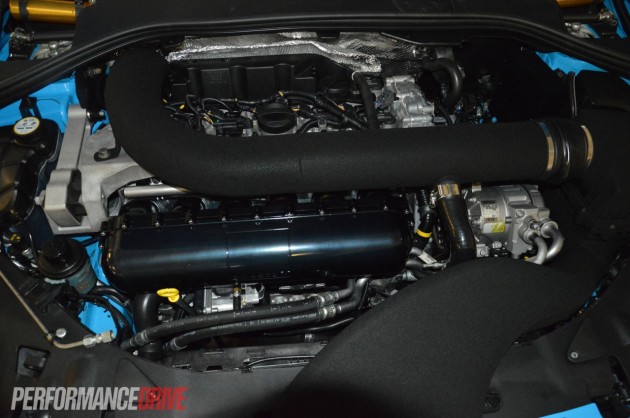 One of the biggest mechanical differences between the concept and the road car aside from the tuned engine (257kW versus 374kW in the concept), is the transmission.

The production car comes with a conventional six-speed automatic, while the concept uses a much more serious, driver-focused six-speed manual with a hydraulic clutch. We’ve learned Polestar is looking to join that gap and is working on an electronic-clutch manual transmission setup.

PerformanceDrive spoke with Hans Baath, Polestar managing director, about the possibility of seeing the concept, or at least elements of the concept, going into production. Baath said,

“We went a little bit too far [with the concept].” However, from a production perspective in terms of tools and components, he said, “It would be fairly easy to put it into production. The only thing that we would need to do, and we’ve been working on it, is to use an electronically controlled clutch.”

With almost 600Nm of torque on offer, and all-wheel drive, there is little room for mechanical tolerance or forgiveness in the concept car. In fact, at a previous demonstration event a driver decided to rev the engine and drop the clutch, which ended up detonating the clutch pack. 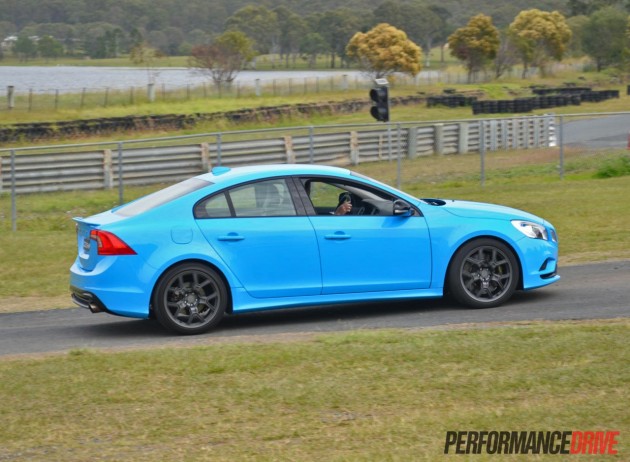 Using an electronic clutch would allow the brains of the car to save the components under such demands. Baath said this kind of setup, which can be seen in various sports cars, is important as you have to protect the car from the driver.

“It’s not in production yet. We’re experimenting with that technology on our test mule. With a manual, you want that real clutch feeling, but we don’t want you to be able to kill the whole transmission. You have to protect the car from the driver.”

An electric clutch setup would provide an almost automated engagement, with the possibility of a ‘safe mode’ to save parts of the driveline in the event of over abuse. It’s understood Polestar is working on getting the ideal pedal action, so it feels real, like a conventional hydraulic unit.

When asked about the possibility of a dual-clutch automatic setup, like what is seen on the current Nissan GT-R, BMW M3, and Mercedes-Benz C 63 AMG, Baath said,

“The physical problem with these cars (pointing to the S60) is that, with a six-cylinder engine [horizontally] between the front struts, you can’t really fit a big gearbox. And no one produces a dual-clutch gearbox for that space.

“I mean dual-clutches are cool in their way, but the real thing is a sequential gearbox.”

Although there has been no mention of a sequential in pipeline, Baath said, “The dream would be to sell a car, with as much torque and power as the concept, with a manual six speed.”

Volvo and Polestar have said that if the pilot run of 50 S60 Polestar models are popular and all sold, more bespoke performance cars by the two companies are likely to appear down the track.

For now, the S60 Concept will remain as the initial benchmark and the test bed of future Volvo performance. It shows how far the companies can go.

We’ve put together a little video of The Beast to show you what all the fuss is about. With Polestar Swedish Touring Car driver Robert Dahlgren behind the wheel, it’s an absolute monster around the track. Click play below to take a look.