It’s been known for a while that Volkswagen is planning a seven-seat version of the new Tiguan. Now, the company is previewing the model with some design sketches. 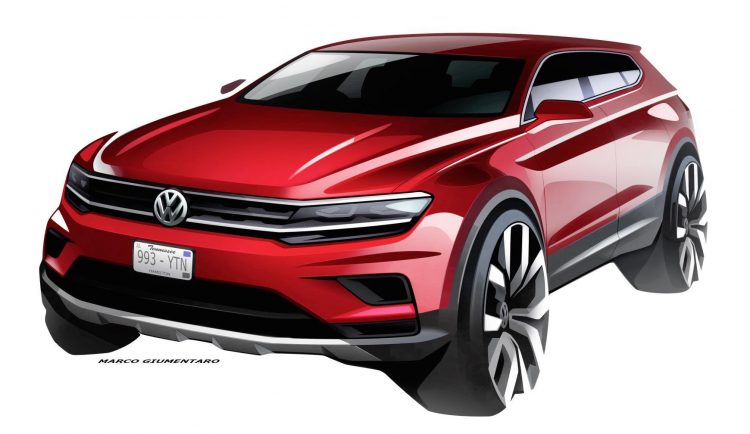 To be called the Tiguan Allspace, the new SUV will feature a longer wheelbase, by 11cm, allowing for more passenger space and the introduction of third-row seating. This will be the first time the Tiguan is offered with seven seats.

No specific details accompany the sketches, however, Volkswagen confirms it will be unveiled at the North American International Auto Show in January. It will then go on sale in North America, China, and then Europe. The latter of which will receive the Allspace badge, while in North America and China it will simply be called the Tiguan.

The model is expected to go on sale in Australia, but not for at least 12 months despite the mid-size SUV market being the most popular SUV class in this country. The only other SUV in the class offered with seven seats is the Mitsubishi Outlander.

It’s understood the Tiguan Allspace will be offered with a similar range of engines as the normal Tiguan, along with similar trim levels. VW says it will also come with an “attractive range of equipment”. 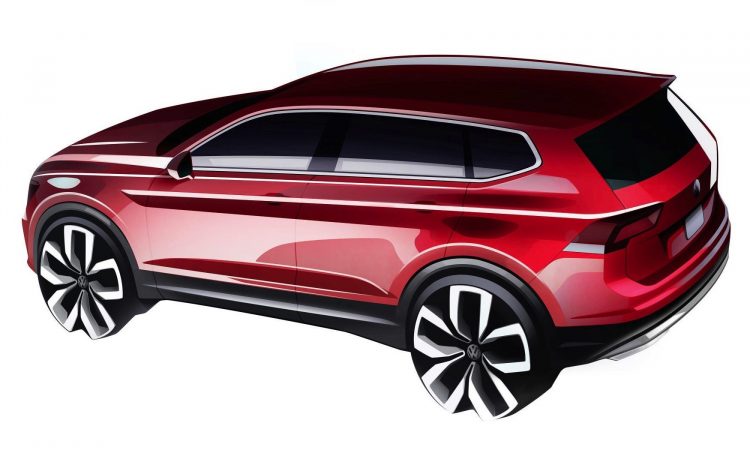 Next Nissan Z officially previewed, arrives within 18 months (videos) May 29, 2020