Volkswagen has unveiled a new concept SUV at the Beijing motor show, called the T-Prime GTE. It’s set to give us some idea of the future design direction of the next Touareg large SUV. 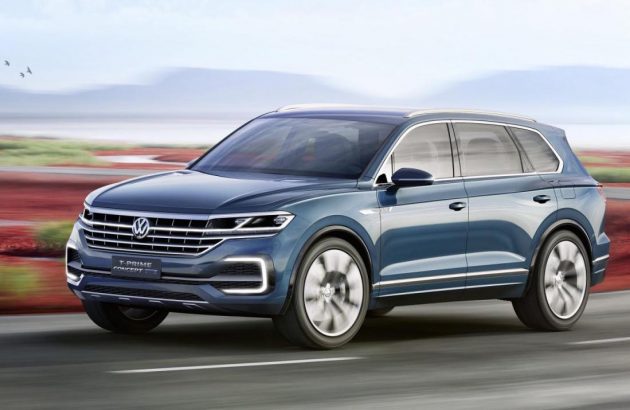 Under the bonnet the T-Prime GTE features complex 2.0-litre turbo plug-in hybrid system developing up to 280kW in GTE mode. It also comes with a fully electric driving mode offering a range of up to 50km.

Inside is where most of the futuristic features reside. There’s an eight-speed automatic transmission which is controlled “by wire” using a special glass scroll wheel, and there’s a world-first Curved Interactive Area featuring a curved infotainment display. 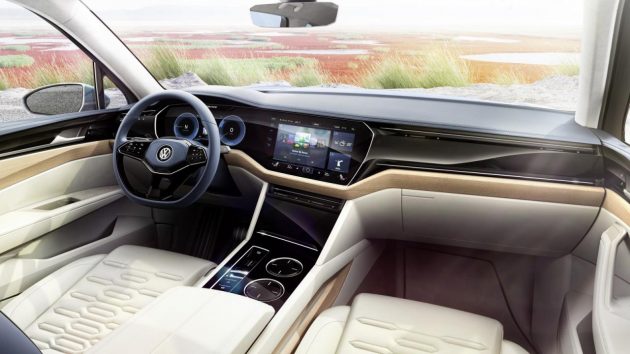 Everything is digital, with no conventional switches or controls to be seen. Instead, every function is operated via gesture control, voice command, or by a touch-screen or touch surface of some kind.

As for the exterior design, it’s an evolution of VW’s typical clean and clutter-free styling language, with plenty of straight lines and masculine body contours, and a sophisticated front grille area.

The T-Prime concept won’t go into production as is, rather, it will inspire a new large SUV, potentially sitting above the Touareg.