Video: Top 5 most thrilling attributes of the Porsche 911 GT2 RS

Looking to kill some time on the weekend? Porsche has released another episode of its Top 5 video series. The latest one showcases the new Porsche 911 GT2 RS and its five most thrilling attributes. 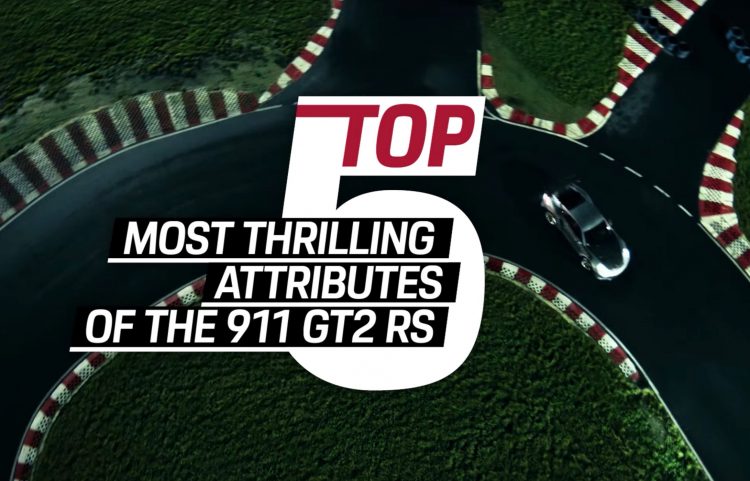 Back by popular demand, Porsche announced it would do another series of its Top 5 videos earlier this year. For the latest episode Porsche is demonstrating the awesome driving experiences that can be had in the new GT2 RS, including showing how it handles on a go-kart track.

The new GT2 RS is the current Nurburgring production car lap record-holder, setting a blistering time of 6:47. This is an incredible pace for a road-legal car, and it was made possible thanks to high-tech aero and handling, and a 3.8-litre twin-turbo flat-six producing 515kW – it’s the most powerful road-going Porsche ever. Check out the five most thrilling aspects below.