Isuzu Ute Australia introduced the MY2019 (model year) Isuzu D-Max and MU-X range earlier this year, bringing in only very mild updates for the heavy-duty models. Will this be enough to maintain strong sales, especially as some rivals are undergoing much bigger updates? 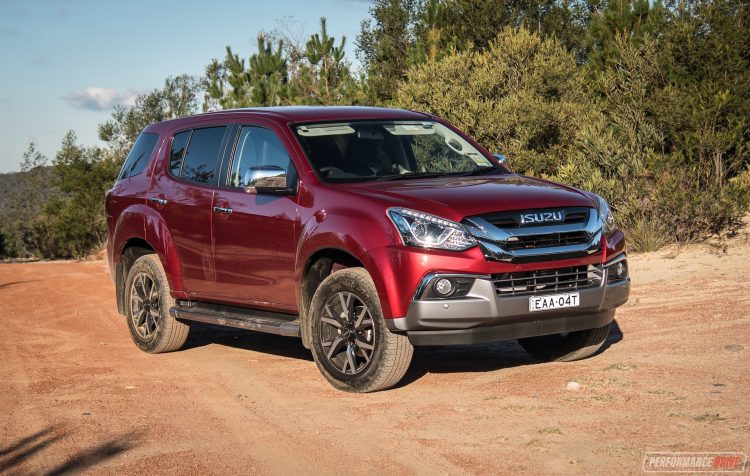 Following our initial first-drive review from the official media launch, which we mainly focused on the D-Max, we thought we’d put together one of our big detailed reviews of the new MU-X for you. We’ve tried to go over every area, including testing out its off-road performance – albeit in mild conditions – as well as test its handling and revised steering.

The interior kicks on in pretty much the same form as last year’s model, although some new piano black trimmings and soft-touch materials have been introduced. It is still one of the most practical environments in the 7-seat SUV space in our opinion. Rear seat space is abundant and there’s even room for this 170cm writer to fit into the third row. We love the air-con vents in the ceiling, fitted even on this mid-spec LS-U variant.

Unfortunately, the touch-screen media interface hasn’t been updated. It’s not that it’s a terrible unit, but it is starting to fall behind the market standards for technology and connectivity. There is no Apple CarPlay or Android Auto, for example. The menus are also a bit basic and the graphics are functional yet lack any sort of savvy flair. 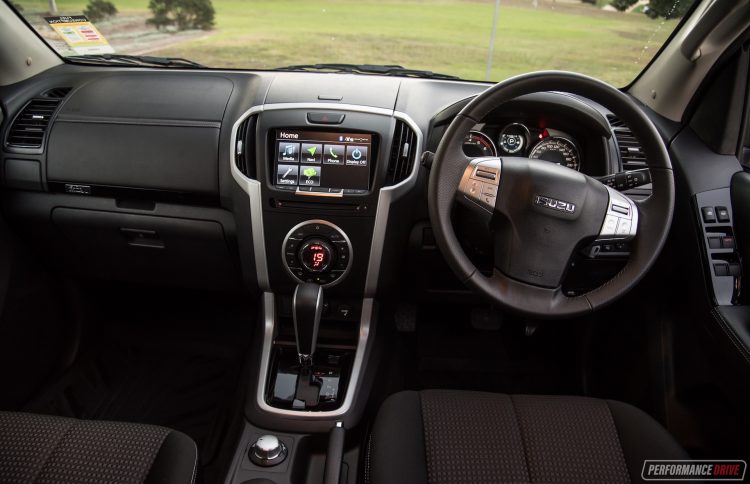 As for the trusty powertrain? It continues on as before as well. This will no doubt keep traditional Isuzu buyers happy. Being a 3.0-litre four-cylinder means it does offer excellent towing capabilities, especially during engine braking. With 130kW and 430Nm on tap, the engine doesn’t really fall behind the current market standards, although torque figures in this space are starting to creep up and over the 450Nm mark now.

Even so, the engine provides great acceleration for the class. We’ve previously timed 0-100km/h in 10.55 seconds in a 2017 model, which is quicker than most of the ute-based 7-seat SUV diesel rivals. We will be putting together a full written review of the LS-U and LS-T model soon, and we’ll include an updated 0-100km/h video. Stay tuned.

In the meantime, enjoy 50 minutes of MU-X in the 4K video below. It includes an extensive test drive at Penrose State Forest, before heading along country roads and down Macquarie Pass, towards Wollongong.