Toyota Granvia on sale in Australia from October 14

The all-new Tarago-replacing Toyota Granvia is just about to arrive in Australia, where it will be available in two trim levels with either six or eight seats inside. 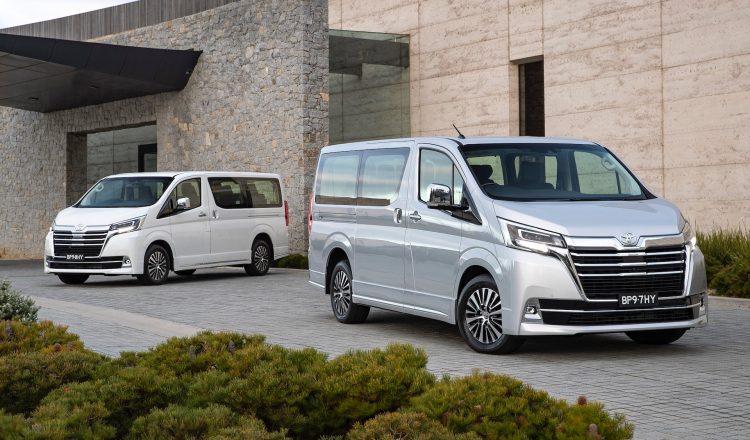 As revealed earlier this year, the Granvia comes in to replace the Tarago as Toyota’s new people-mover. It’s being presented in Granvia and Granvia VX form, each available with either six or eight seats. Going for the six-seat layout is the more luxurious option, with captain’s chairs for all three rows. Going for the eight-seat configuration also incorporates four captain’s chairs but with an additional two-seat bench.

All models come with Toyota’s latest touch-screen media interface including Android Auto and Apple CarPlay, while the VX adds a premium 12-speaker Pioneer sound system and a leather trim with wood trimmings, among other luxuries. Toyota Australia vice president of sales and marketing, Sean Hanley, spoke about the new model, saying:

“With Granvia we are introducing a new nameplate to the people mover market and one that is set to raise the bar in that market offering stylish premium functionality. The all-new Granvia offers superb value-for-money with unprecedented refinement and comfort and a list of impressive luxury features to cater to high-end family, hospitality and corporate buyers.” 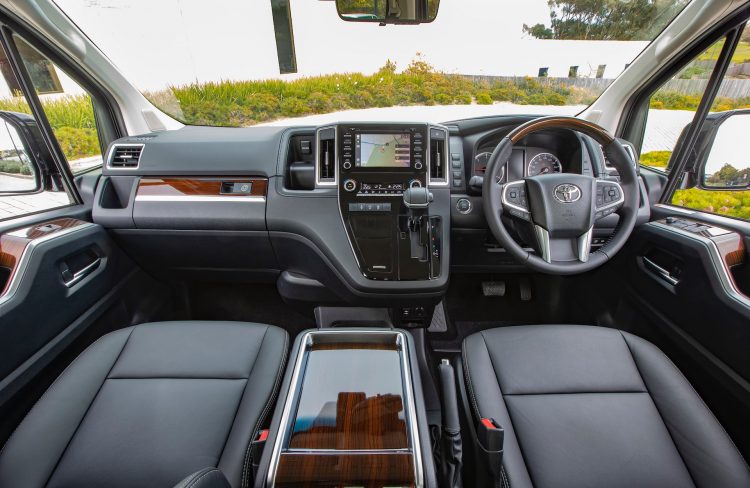 Safety is boosted substantially over the outgoing Tarago range, with autonomous emergency braking coming in as standard, with day and night pedestrian detection, daytime cyclist detection, and adaptive cruise control. The Granvia is also covered with capped-price servicing for three years or 60,000km, at six-month or 10,000km intervals.

The Toyota Granvia is scheduled to go on sale in Australia from October 14. Engine specifications are yet to be announced for the local market, but we suspect it will be powered by the company’s 2.8-litre turbo-diesel four-cylinder, producing around 130kW and 450Nm, like in the new HiAce. See below for the starting prices (excluding on-road costs):