Toyota’s new 2.5-litre four-cylinder engine, which will debut in the 2018 Camry, is the first of a new wave of engine families to adopt its latest ‘Dynamic Force’ engine philosophy. 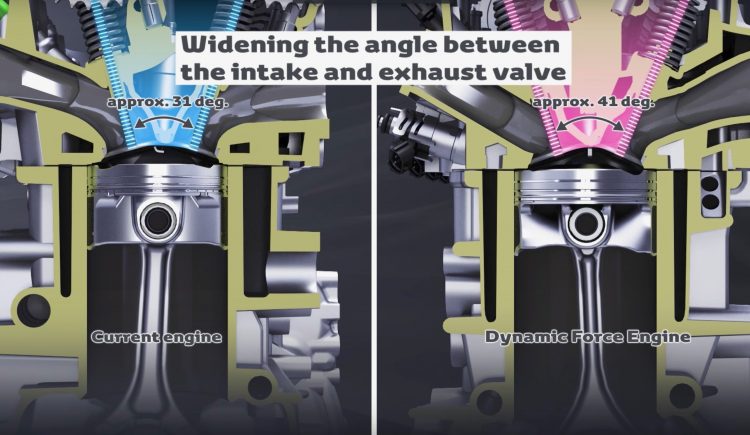 The 2018 Camry continues with a 2.5-litre four-cylinder. However, the engine itself is vastly different from the existing 2.5. For starters it produces 151kW and 250Nm, up from the current 133kW/231Nm output. But it also debuts an all-new valvetrain system and a number of all-new components and philosophies to improve efficiency.

Some of the highlights include a newly-angled intake valve method with a widened angle between the exhaust valves, laser-cladded valve seats, with high-efficiency ports, and a new variable valve control system including delayed-closing control and VVT-iE for the intake side.

Toyota says all of this helps to improve the tumble ratio for the air-fuel mixture, and in turn improve combustion efficiency and power. It says the new 2.5, with its high compression ratio of 13.0:1, is the world’s first engine to offer such high-speed combustion technology. It also offers the world’s best thermal efficiency for a production engine, at 40 per cent for the petrol and 41 per cent for the hybrid. 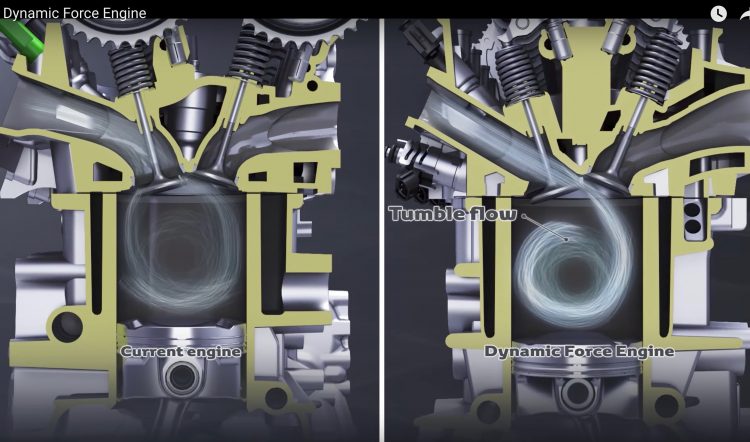 In Australia we will be offered the 2.5 hybrid only, along with a powerful new V6, arriving in November. The 2.5 in the new hybrid does feature the same Dynamic Force technology, only power is turned down to 130kW and the compression ratio is lifted even higher to 14.0:1. Peak power is reached at 5700rpm instead of 6600rpm in the non-hybrid. Combined output is similar, at 155kW. Meanwhile, the V6 churns out around 222kW.

Toyota has just announced this Dynamic Force philosophy will be carried across to many other vehicle segments within Toyota’s range, including V6 and V8 options in the near future. In fact, V6 and V8s with Dynamic Force are said to be in concept form already. It will be interesting to see the kinds of power and efficiency these will offer.

While most carmakers are downsizing engines and fitting turbochargers to compensate, Toyota looks set to continue on the naturally aspirated path. It will also continue to evolve its hybrid technology for those after sheer economy, with its flagship Lexus LC 500h recently introducing lithium-ion battery tech, and an all-new hybrid transmission with both CVT and conventional auto components.

Check out the video below for more on how the interesting Dynamic Force technology works.