Peek-a-boo! We see you! Rolls-Royce Cullinan. The BMW-owned British upper-luxury car builder has shown to the world the first production-bodied test vehicle, ahead of its 2018 release into the wild. 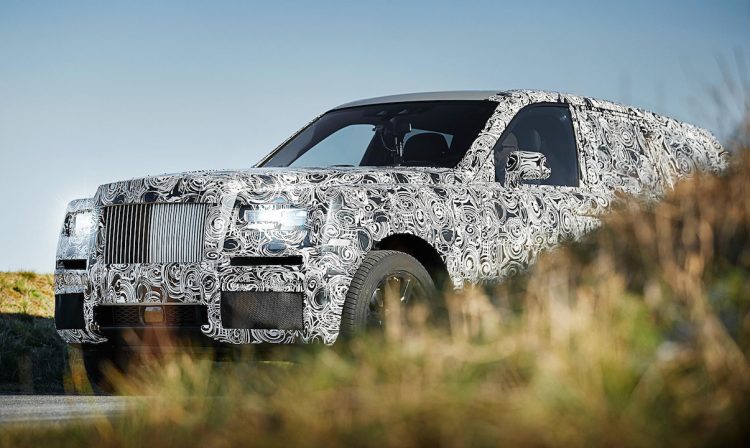 Previous to this, Rolls has shown us butchered Phantom mules with additional ride height and ballast to simulate an ‘all-terrain, high-sided vehicle’ (not an SUV, apparently).

The crucial new vehicle will share its platform with the upcoming Phantom VIII, which is sure to be lighter and stiffer than the outgoing model. It may draw expertise from parent company BMW’s latest carbon-fibre-infused platform used on the G11 7 Series.

Two pictures were supplied by Rolls-Royce, one front studio shot, showing a canny resemblance to the Ghost and upcoming Phantom, where it appears to share that car’s suicide doors, and an outdoor shot showing the sheer scale of the thing as it wafts up a hill.

The testing regime for the Cullinan has also been detailed, with the Middle East part of the hot weather testing contingent and the Arctic Circle handling the other end of the thermometer. Torsten Müller-Ötvös, CEO of Rolls Royce said:

“This is an incredibly exciting moment in the development of Project Cullinan both for Rolls-Royce and for the patrons of luxury that follow us around the world. Bringing together the new four-wheel drive system and the new ‘architecture of luxury’ for the first time sets us on the road to creating a truly authentic Rolls-Royce which, like its forebears, will reset the standard by which all other luxury goods are judged.”

The engine hasn’t been disclosed at this point, but a version of the 6.75-litre V12 used in other Rolls-Royce models is likely, with a possibility of plug-in hybrid variants too. Diesel has apparently been dismissed as not befitting the noise expected of a Rolls-Royce car. Take that, Bentley Bentayga diesel.

The market for super high-end SUVs has in recent years boomed, and when project Cullinan does reach production, it will enter the market alongside competitors like the Bentley Bentayga and Lamborghini Urus when it hits the road in late 2017. 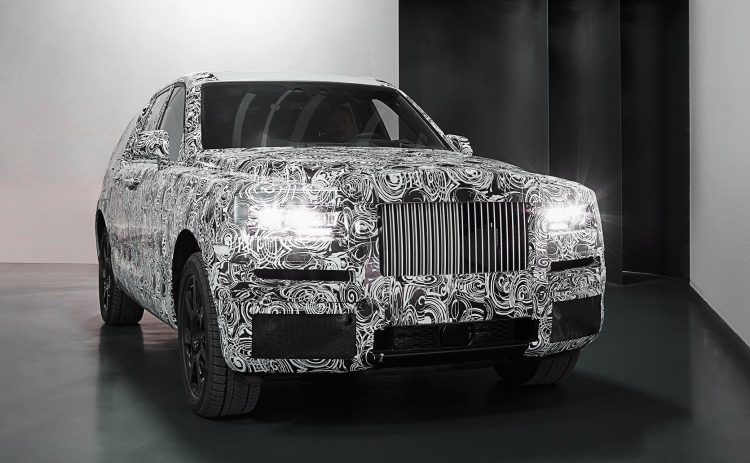