Renowned Porsche 911 builder Singer Design has teamed up with Williams Advanced Engineering to create one the most awesome restomods we’ve ever seen. Welcome to the Singer Porsche 911 DLS (dynamic lightweight study). 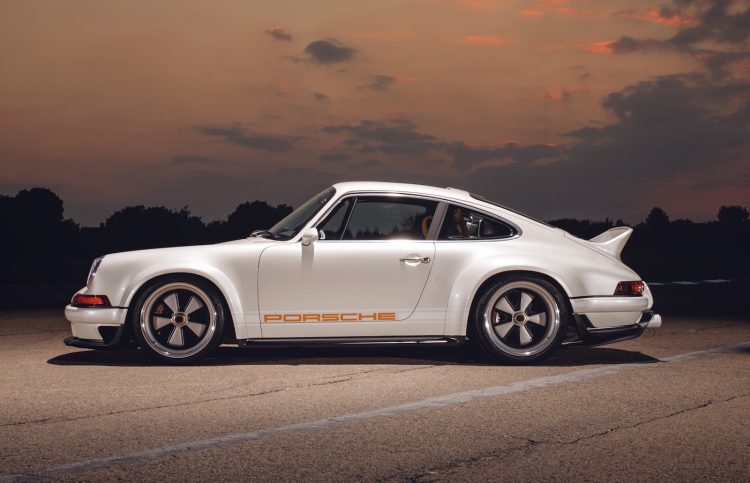 The project made at its debut at the 2018 Goodwood Festival of Speed, currently underway, and it’s described by Singer as the most advanced air-cooled Porsche 911 in the world. That’s a pretty bold statement, but when you start to appreciate the insane attention to detail involved you tend to agree.

Starting with a 1990-1991 Porsche 911, Singer has reimagined the iconic sportscar in almost every way. While it might look exactly like a 930-style 911 riding on the newer 964 platform, the body has been completely recreated using high-tech computational fluid dynamics (CFD) analysis. Singer says it has eliminated front axle lift via a redesign of the front oil cooler intake system, and added a new splitter.

Up on top you’ll see a special channel for airflow, guiding to the optimised ducktail wing at the back, with a serious diffuser lower down helping to provide downforce. The engine intake and cooling performance has also been optimised with a side-window ram air system. On top of this, every single panel is made as a bespoke item from carbon fibre to save weight. 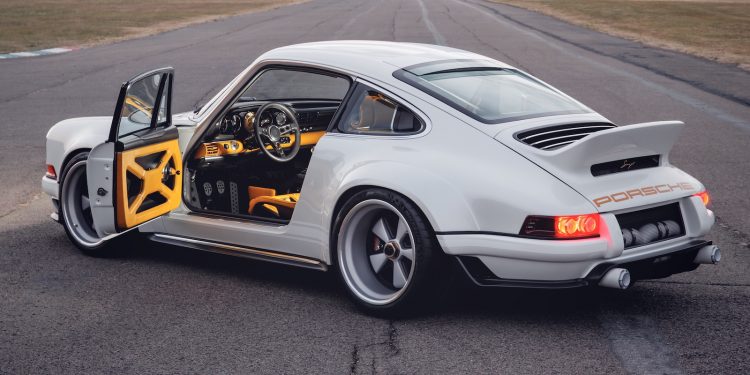 In the engine compartment is a 4.0-litre naturally aspirated flat-six engine that develops 373kW at an ear-scorching 9000rpm. The engine was developed with help from Williams Advanced Engineering, featuring magnesium components, lightweight throttle bodies inspired by F1, and a custom oil system.

The engine is paired to a Hewland six-speed manual transmission housed in a magnesium casing and using hollow shafts to maintain weight. Power is sent into a set of BBS wheels developed with Williams Engineering, measuring 18 inches and made from forged magnesium with centre-lock hubs. These are wrapped in 245/35 front and 295/30 Michelin Pilot Sport Cup 2 tyres.

Take a look inside and you’ll clearly see this is not your average 911. There’s a custom carbon fibre steering wheel developed by Momo, with carbon and titanium pedals, precision instrument dials with hand-crafted elements, and a spectacular gear shifter with exposed titanium and magnesium linkages.

You’d have to agree, this is one of the most attractive air-cooled 911s around. Singer Design can build you a custom model just like this, but of course it will cost you. Head over to Singer Design to see some of the available packages.