BMW is set to unveil the all-new 8 Series on June 15th at the 2018 24 Hours of Le Mans event in France, an internal sales bulletin has confirmed. 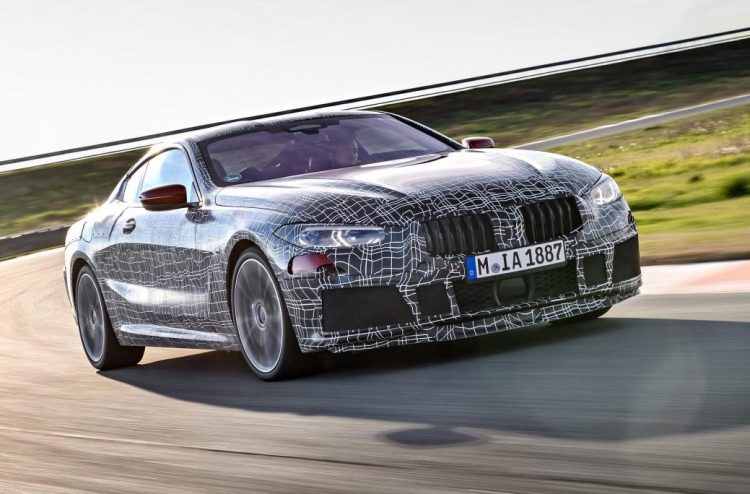 The confirmation comes from an internal sales bulletin, details of which were published in a Bimmerpost forum thread. It’s understood BMW gives client advisers a chance to win special prizes for achieving sales goals, and this year the award includes a trip to the 2018 24 Hours of Le Mans to witness the M8 GTE in action.

In the bulletin it says the winners will also be able to witness the “world premiere of the all-new BMW 8 Series” on the Friday night, June 15. This means we should probably anticipate an online reveal some time around then or maybe just before, with a public display also taking place at the legendary motor race.

BMW is yet to officially confirm any details. The last we heard, engineers were completing the final testing stages with prototypes, including high-speed endurance testing in Italy. These prototypes (pictured above) were said to be very close to the production version in terms of the body and powertrains.

We already have a bit of an idea of what to expect. The styling will be inspired by the 8 Series concept car shown last year, with a long bonnet and short and stubby rear, in traditional coupe format. Meanwhile, judging by the prototypes, the front end will incorporate BMW’s latest perched-up front grille design and thin and wide headlights.

BMW has also confirmed there will be a potent M8 model, potentially featuring the new M5’s 4.4-litre twin-turbo V8 producing 441kW. Other engines are expected to include the ‘B58′ 3.0-litre turbo inline six, and possibly a ’50i’ version using the 4.4-litre twin-turbo V8 that produces 330kW in current ’50i’ models such as the 750i and 650i.

It’s unknown if the June 15 reveal will include the M8 version or only the regular 8 Series. We’ll keep you updated in any case.