In the world of automotive sounds, the inline-four cylinder doesn’t usually rank near the top. The harmonics of a straight-six, V12, V8 or even an inline-three are generally sweeter to the human ear than the oft-counterbalanced and gravelly four-banger. 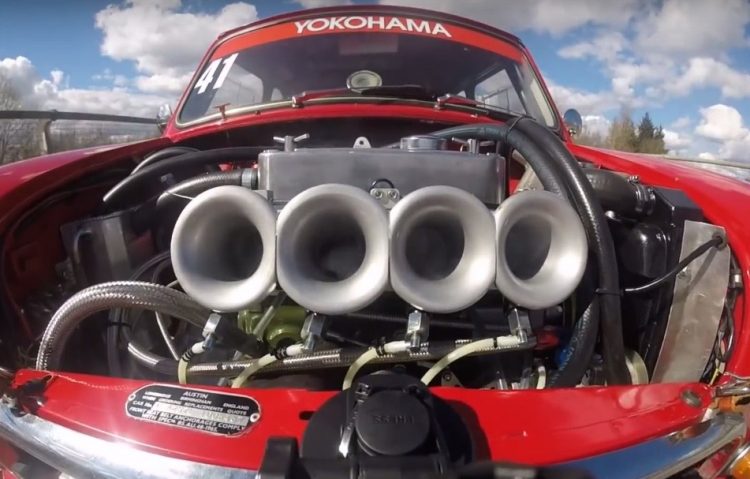 Having said that, there are quite a few out there that defy that trend and sound delicious. Many Honda units, Alfa Romeo’s sweet Twin Spark donks and the Toyota 4AGE spring to mind.

This Danish-built Mini Cooper S also falls into that category, thanks to some extensive engine mods and a sweet individual throttle-body setup.

A GoPro camera mounted at the front of the bonnetless car gives us a glimpse down the Lucas mechanical injection intake runners that help it produce such a throaty, gutteral sound.

The bottom end is bored out from 1275cc to 1293, while an Arden eight-port head means more of that air can get from the intake trumpets to the combustion chamber.

It also appears to have some pretty serious oil and fuel supply hardware to feed the hungry little engine. The sound hits a sweet crescendo with octaves you’d normally hear on a Ferrari – and not a computer in sight.