‘Tis the season for testing out of the infamous Nurburgring, and the latest video shows us McLaren is developing an interesting new model – or powertrain – based on the 570GT. 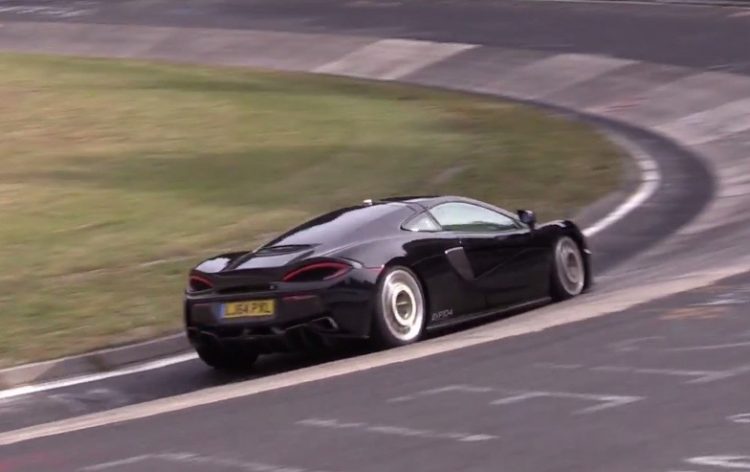 Woking-based McLaren has been spotted testing out a 570GT prototype which, judging by footage, looks to be a lot stiffer than your average supercar. The 570GT can be seen traversing the carousel left-hander, bouncing around with what looks to be a new suspension calibration offering a super-firm ride.

In addition, some whispers are starting to circulate that McLaren could be testing out a new powertrain after hearing the significantly muffled exhaust note. This could prove to be a test mule of a new hybrid petrol-electric powertrain set to debut in the successor of the 650S.

As far as we know the 650S successor project is codenamed P14 and is expected to use a revised version of the 3.8-litre twin-turbocharged V8, mated to an electric motor in a similar fashion to the flagship P1 hypercar. The 650S sits above the 570-series models, but sometimes carmakers test powertrains in various bodies, as we might be seeing here. Take a loot below.