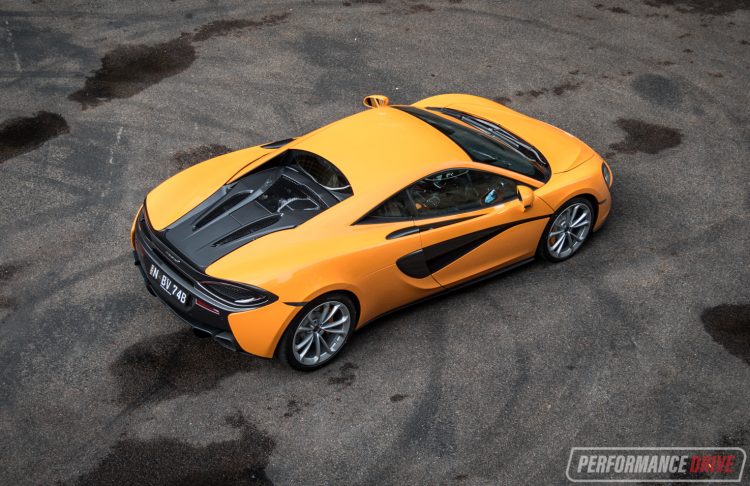 We say ‘mainstream’ because unlike the P1 hybrid and Speedtail hybrids, this new model isn’t set to be a limited build. Instead, it’ll exist in McLaren’s regular showroom, potentially replacing the 540C (pictured). The news stems from a recent Autocar report, which suggests the model will enter the market as an entry level supercar.

It’s said McLaren won’t be implementing its widely-used 3.8-litre twin-turbo V8, codenamed the M838T. Apparently, McLaren is working on a new twin-turbo V6 petrol engine. Although downsized from the common V8, the unit will be paired to an electric motor assist system.

Full specifications are yet to be discovered but the electric motor is expected to offer electric boost for the V6, essentially removing any turbo-lag but also providing instant power off the mark. McLaren CEO Mike Flewitt is quoted as saying:

“We have experience of hybrid systems with cars like the P1, P1 GTR and Speedtail, and that recipe of offering a car that can be both truly economical and thrilling to drive remains our goal. McLaren is all about building the best driver’s cars, and we see opportunities with hybrid [powertrains], in terms of the instant torque and filling the gaps in the powerband.”

Aside from the boost possibilities, the electric motor system is also likely to offer an electric-only driving function. Although, the range in such a mode isn’t tipped to top around 30-40km.

A full debut is expected a bit later this year, with market entry reportedly scheduled for late this year.