McLaren is celebrating the festive season by offering owners of its vehicles a range of new carbon fibre options from its McLaren Special Operations skunkworks. 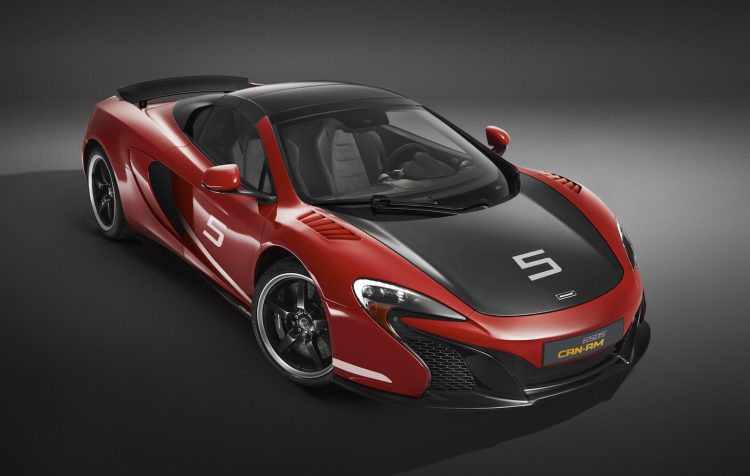 The new list of carbon fibre options come available for the 12C, 650S and 675LT, and are said to “enhance the dramatic design of the car”, as well as “bring a performance advantage, as a result of weight saving,” according to McLaren.

In what could be welcome news for McLaren owners who didn’t tick as many of the optional extras boxes as they may have wanted to, McLaren is now offering a wide range of carbon fibre touches that can be retrofitted to all of its existing products.

The list of new shiny black lightweight stuff on the exterior includes a bare carbon bonnet, rear diffuser, side mirrors, and front splitter inspired by the 1970 Can-Am-winning McLaren M8D. McLaren says the new louvered front guard shaves off half a kilogram. The guard features vented wheel arches that improve aerodynamics, and give the driver more grip at the front axle.

When it comes to the interior, McLaren is offering customers the option of carbon touches to the air vents, door sills, a carbon fibre steering wheel which can be trimmed up with either leather or Alcantara, as well as extended carbon fibre shift paddles. Carl Whipp, aftersales director at McLaren, said:

“The growing MSO defined portfolio gives customers and opportuinity ot further personalise their cars and significantly expends our wider accessories portfolio. We have experienced significant interest in the MSO Defined range on Super Series cars being ordered new and we are now very pleased to be bringing these features to a wider group of customers as a retrofit choice.”

McLaren hasn’t mention any specifics in regard to pricing, however, we’re expecting these carbon fibre additions won’t come cheap.