McLaren has confirmed plans to introduce another all-new model, this time a vehicle designed for grand touring. This will be the fourth model under McLaren’s Track25 business plan. 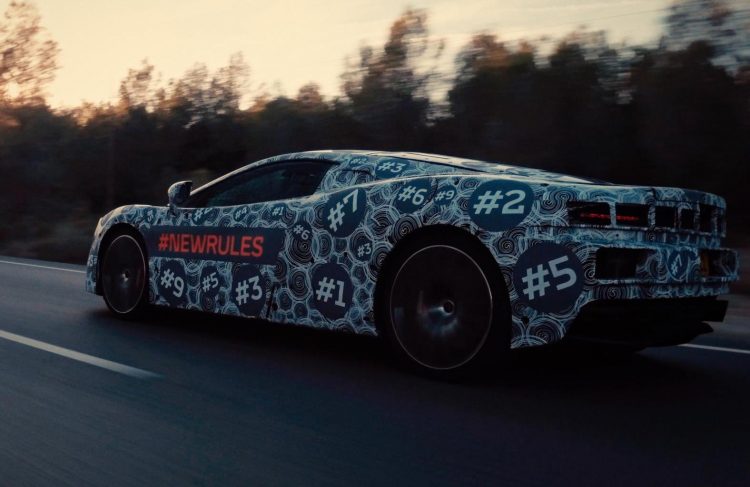 Tentatively named the Grand Tourer, the news was confirmed by McLaren CEO Mike Flewitt at the Geneva Motor Show, which is just getting under way now. He said the new model will be the company’s interpretation of a grand tourer, showcasing “competition levels of performance” and “continent-crossing capability”. Flewitt said:

“It’s a car that has been designed for distance and one that will also provide the comfort and space expected of a Grand Tourer. But with a level of agility never experienced before in this segment. In addition, it will be the lightest of Grand Tourers and by also having the best power-to-weight ratio, I promise it will be one of the quickest.”

No specific details on the car have been revealed at this stage, other than what Flewitt has said above. The final design and the name are also still under wraps. However, Flewitt says it will share its DNA with the McLaren Speedtail. This suggests it could come with the same platform and maybe even the 1050PS (773kW) petrol-electric hybrid powertrain.

An image showing an early prototype has been handed out to give us some clues. It looks like it’ll take the general profile of a traditional supercar, although, looking at the rear it does look quite long and stretched like on the Speedtail.

Speaking of the interior, McLaren says it will feel spacious, uncluttered and modern, using plenty of high-quality materials to dress it all up. McLaren also promises it will be the most usable mid-engined car yet.

The Grand Tourer won’t fit into any of the current model series, such as Sports Series, Super Series, or Ultimate Series. Instead, it will be built as a bespoke model which is tailored to each customer and their requirements.

More will be revealed about the car, including the name, over the coming months.