Lexus will unveil an all-new concept car at the upcoming 2013 Frankfurt Motor Show, as well as the new GS 300h hybrid. Could the concept be a preview to a possible IS F replacement? 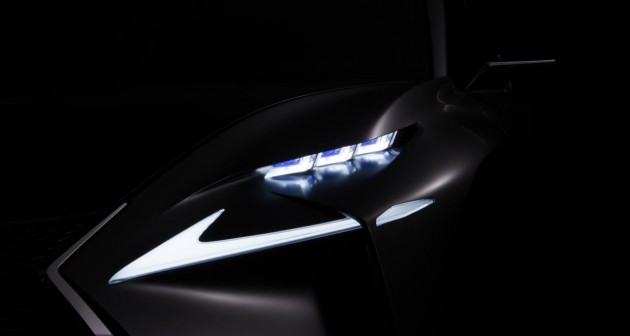 Very little details have been released at this stage. Lexus simply says the concept will be “all new”. Judging by this teaser image, whatever it is, it looks like it will showcase Lexus’s latest sharp styling philosophy.

The headlight is inverted with a trio of intricate LEDs making up the main beam, while a trademark ‘tick’ underscores the main fixture. You can also see a bit of the ‘spindle’ grille design on the left.

Lexus has been spotted testing prototypes of what appear to be an Lexus IS coupe. The coupe will apparently don the title ‘RC’. Interestingly, the prototype was heard giving off a distinct V8 soundtrack, suggesting an ‘RC F’ moniker. We’ll have to wait and see if this concept is perhaps a preview version of that car.

As for the GS 300h, this will be the first hybrid GS. It features a 2.5-litre petrol engine linked up to an electric system. Overall power is rated at 164kW.

The GS 300h has been confirmed for Australia, and it is scheduled to land on local shores later in 2013.

All of the action at Frankfurt starts on September 10. Stay tuned for plenty of coverage.