It seems Lexus has started testing what is believed to be its next-generation twin-turbo V8. An LC 500-based prototype racing car was recently spotted in Japan doing some initial track runs, likely using the new engine. The prototype is the makings of the Lexus LC racing car that will compete in the 24 Hours of Nurburgring event in May. 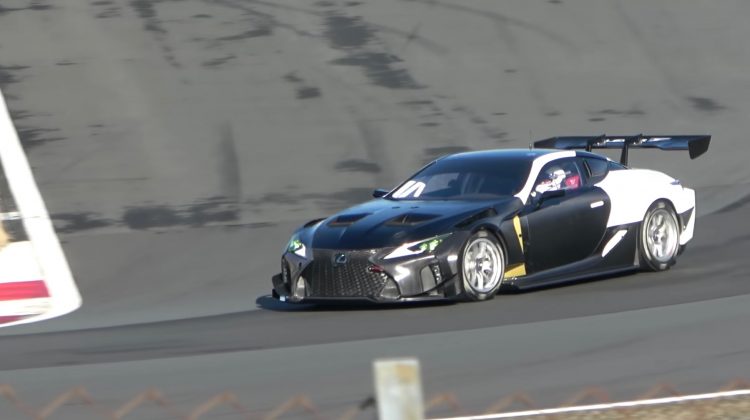 Yes, it is a racing car prototype and there is a chance Lexus is testing systems for motorsport applications only. However, Toyota has long been known to be toying with the idea of a new twin-turbo V8 engine which will eventually replace the current 5.0-litre naturally aspirated, Yamaha-tuned V8 found in the RC F, GS F, and LC 500.

It’s understood the new motor will be around 4.0 litres in capacity, and feature twin-turbo technology to help boost not only performance but also efficiency and reliability. And that goes for the racing cars, too. We recently saw a similar philosophy with Toyota/Lexus’s 3.5-litre V6, which adopted twin-turbo tech with the latest LS 500.

In an official statement on December 16, 2019, Lexus confirmed it will be competing in this year’s 24 Hours of Nurburgring. More excitingly, it said the racing car will indeed feature a new twin-turbo V8 “destined for use on future road cars”. The statement said:

“It will be the third participation for Lexus LC in the Nurburgring 24 Hours. The team will use what it has learnt in the past two years to improve the car’s performance by adopting a variety of new technologies, including a newly-developed V8 twin-turbo engine destined for use on future road cars such as sports cars.” 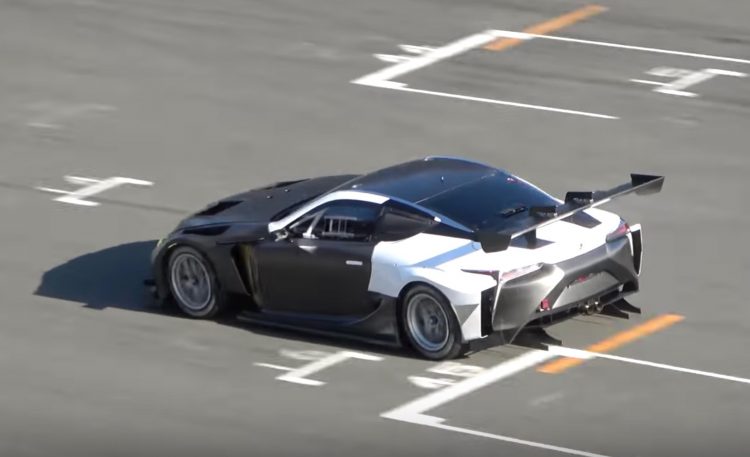 Taking a close look and listen to this spy video, you can obviously hear the gearbox whine as it probably uses a straight-cut transmission. However, from the shots of the back in particular there is a distinct bass and thud heard from the exhaust during overrun and gearshifts. Turbocharged engines usually produce more bass than non-turbo engines due to the way the turbine is integrated into the exhaust manifold.

There has been plenty of rumours and reports surrounding the idea of an ‘LC F’ performance coupe. We’d be inclined to suggest this prototype, albeit a racing car, could be the very early stages of an LC F sports car of the not-too-distant future. The new engine will probably be carried across to any RC F and GS F replacements down the track, if they happen.

Check out the video below to see for yourself. We will hopefully know more about the racing car and its engine in the coming months, ahead of the Nurburgring event which runs from May 21-25.