The stunning new Lexus LC coupe goes on sale in Australia this week, introducing an all-new 10-speed automatic transmission, and debuting a number of high-end technologies and a striking new design. 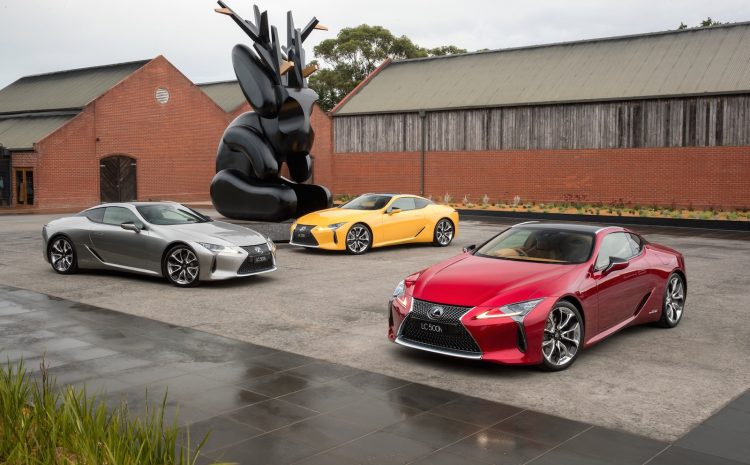 As spotted in Australia by PerformanceDrive recently, the new LC slithers into the grand coupe class with a beautiful, low-slung two-door design. At the front is a modern variation of Lexus’s spindle grille, while at the back are some pretty out-there LED taillights and a wide stance.

It all rides on the company’s new GA-L (Global Architecture – Luxury) platform, which Lexus says is pivotal to the LC’s dynamic performance and low centre of gravity. As a bonus, the LC is the most torsionally rigid Lexus road car ever made.

Under the bonnet, Australian consumers are offered two options. There’s the LC 500 with a 5.0-litre naturally aspirated V8 producing 351kW and 540Nm (same as RC F and GS F), sending grunt through a 10-speed auto with rear-wheel drive and a limited-slip differential.

The eco-focused LC 500h meshes a 3.5-litre naturally aspirated V6 with an electric motor system, developing 264kW and 348Nm (combined). It comes with a 10-ratio multi-stage shift CVT, also with rear-wheel drive and a limited-slip diff. 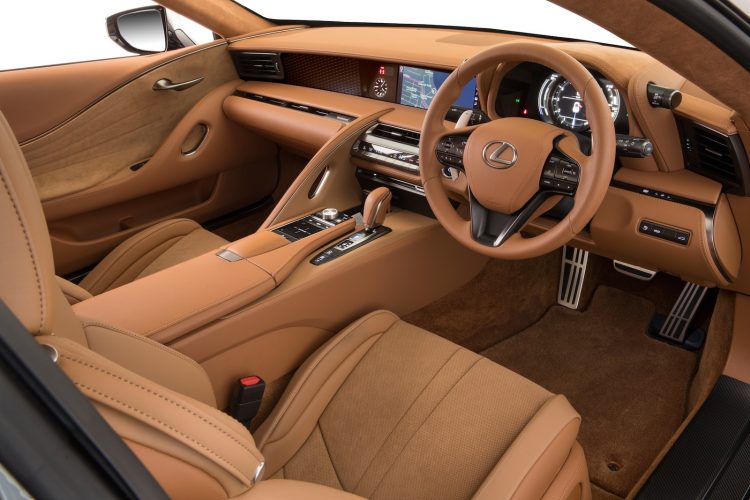 “The V8 complements the finely tuned handling qualities of the coupe’s chassis by delivering the acceleration, responsiveness and high output customers expect. The LC 500h will change the perception of hybrids with much improved performance, greater responsiveness and a higher level of dynamic performance and driving pleasure.”

The new models are on sale now with prices starting from $190,000 for either variant (excluding on-road costs). There’s only one option pack, setting buyers back $15,000, which adds Dynamic Handling with four-wheel steering and variable steering.