Lexus recently asked enthusiasts to come up with a tuning design proposal for the new 2014 Lexus IS. Entrant Rob Evans has been announced as the winner, and the proposal will be built and shown at this year’s SEMA Show. 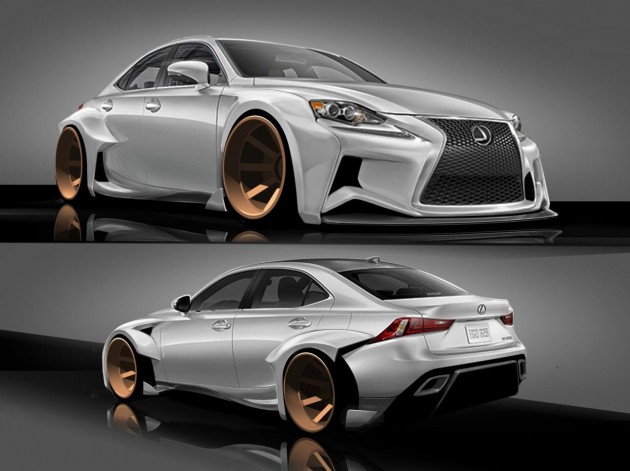 The widened track accommodates an extremely deep dish alloy wheel package, giving the IS a really low and wide stance. It will be interesting to see how the finished product looks in the metal.

The project design is now being handed over to VIP Auto Salon, who will carry out the project build ready for exhibit at SEMA.

As a bonus, Evans received $2000 cash for his efforts, a one-year lease on a new Lexus IS sedan, and of course a trip to Las Vegas in November for the SEMA show.

Second place winner in the design competition went to Lucia Lee, with third place going to Guanghao Huang. The two each receive $1500 prize money and a six-month premium membership to deviantART along with 4000 deviantART points.

The 2013 SEMA Show will take place on the weekend of November 5-8, at the Las Vegas Convention Centre.