Jaguar is celebrating 70 years of sports cars and has created two unique F-Type rally cars to pay homage to the XK 120 which competed in the RAC, Tulip and Alpine rallies of yesteryear. 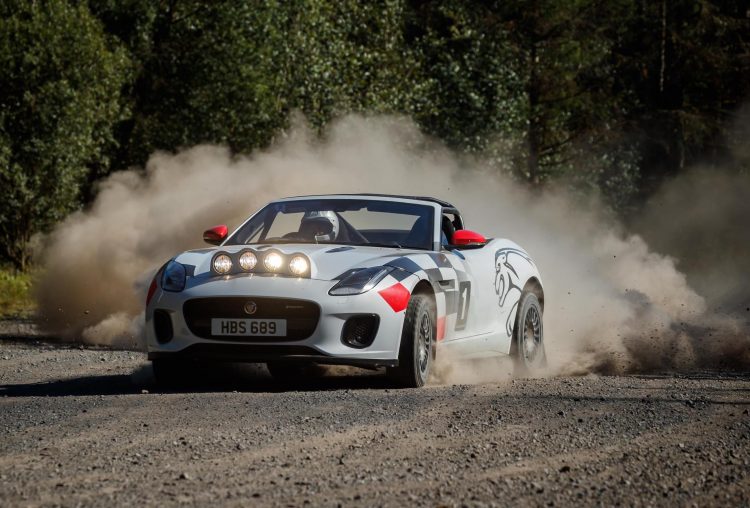 When you look at the F-Type, the last thing that springs to your mind is, ‘this would make a great rally car’. However, Jaguar has pulled it off, creating two F-Type rally cars that are ready to thrash. They are based on the entry level convertible, featuring the 221kW 2.0-litre Ingenium turbo-petrol four-cylinder engine.

Jaguar Design and Engineering oversaw the project. They have been built to FIA specification, following some comprehensive modifications to the suspension and brakes, including softer and extended springs to soak up harsh terrain. There’s also three-way adjustable dampers, a limited-slip differential, four-piston calipers and slotted discs, and some competition wheels and tyres suited for gravel. 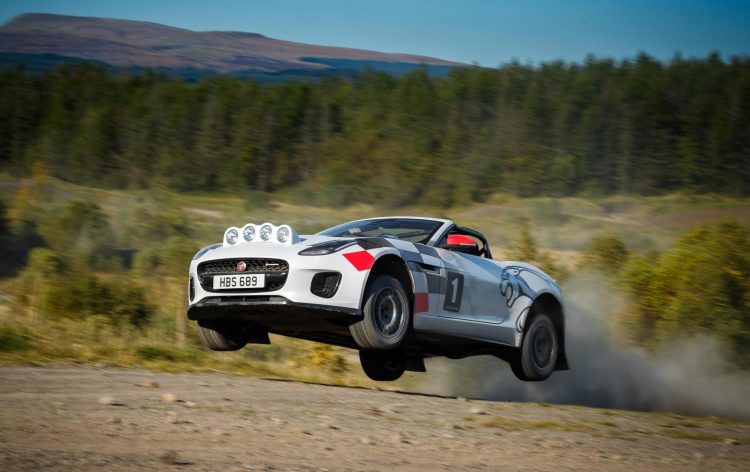 Meanwhile, the interior is partially stripped out and features bucket seats, six-point harness and a thick roll cage. The driver can also play with a custom hydraulic handbrake to conquer hairpin bends, while a fire extinguisher and special cut-off switches have been added in. Ian Callum, Jaguar Director of Design, said:

“The opportunity to design a rally car doesn’t come along very often so I was fascinated to see how we could take our modern day sports car to a similar character. These models are a fitting tribute to the XK 120 and all the great Jaguar sports cars since its reveal 70 years ago, including the latest F-TYPE Chequered Flag Limited Edition.”

The rally cars haven’t been put together as a static project, either. They were put through their paces at the Walters Arena rally stage in South Wales to make sure they could cut the mustard. They will also be used at a series of Jaguar events over the next few months to show off the F-Type’s versatility and sporting pedigree.