Holden brand to be killed off, shift to Chevrolet – UPDATE

Holden has already confirmed the Astra and Commodore will cease to exist in its dealerships from later this year, and now we hear a rumour that the Holden name will also be axed, potentially in favour of Chevrolet showrooms. 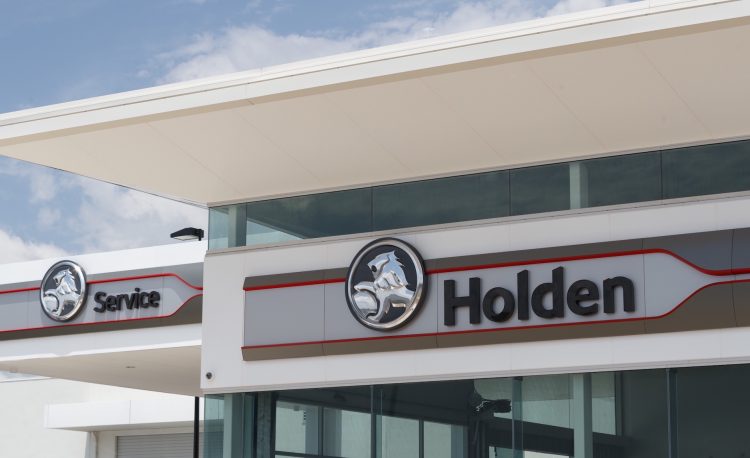 We received a tip-off from a Holden dealership manager, who preferred to remain anonymous, saying that all Holden dealer licences will expire at the same time in the not-too-distance future. We did some further digging and received similar word from another dealership employee (who also preferred to remain unmentioned), however, we haven’t been able to find the specific common expiry date.

It’s understood General Motors, the US-based owners of Holden, won’t renew the date and could be looking to drop the Holden name and replace it with something else, likely Chevrolet. This could see all Holden dealerships being rebranded to Chevrolet, while some dealerships are set to stop selling GM products altogether and either close down or become entirely new showrooms to sell other brands.

We hear that along with the brand change the volume of dealerships is also set to be reduced. At the moment there are around 200 Holden dealerships in the country. The number was reduced from around 270 in 2017-2018 as sales of its vehicles took a progressive dive following the axe of the locally-made Commodore and Cruze. Since then, Holden sales have been continuously dropping.

During 2019, Holden sold 43,176 vehicles according to VFACTS new vehicle registration figures. This was down 28.9 per cent on 2018. Sales of the Commodore dropped 34.6 per cent, while the Astra had the biggest fall for the brand (excluding nameplates that were recently killed off; Captiva, Barina), dropping 57.6 per cent. 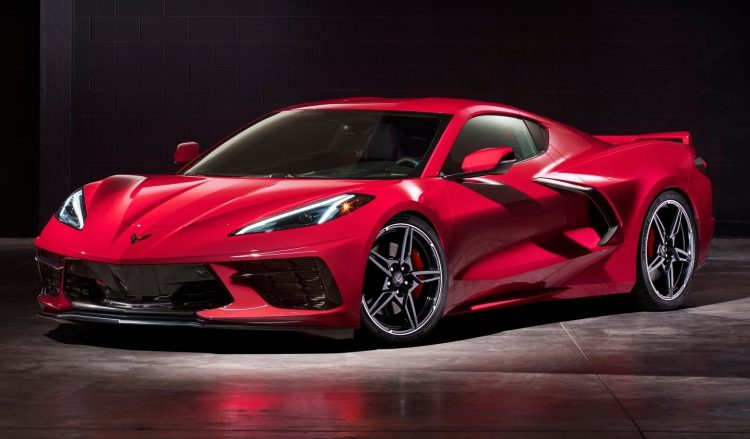 Switching to Chevrolet dealerships does seem to make a great deal of sense, what with the new Corvette arriving in Australia in the next couple of years. We’ve also heard reports of the Chevrolet Silverado 1500 entering the local market soon as a rival to the RAM 1500, joining the existing Silverado 2500 and Camaro which are converted to RHD by HSV in Victoria.

As confirmed late last year, the Commodore and Astra nameplates will soon be axed from local showrooms. Aside from less-than-ideal sales numbers contributing to their demise, the cutting of these models may also be due to the fact that they are made by Opel in Germany – Opel is now owned by Group PSA (Peugeot-Citroen). 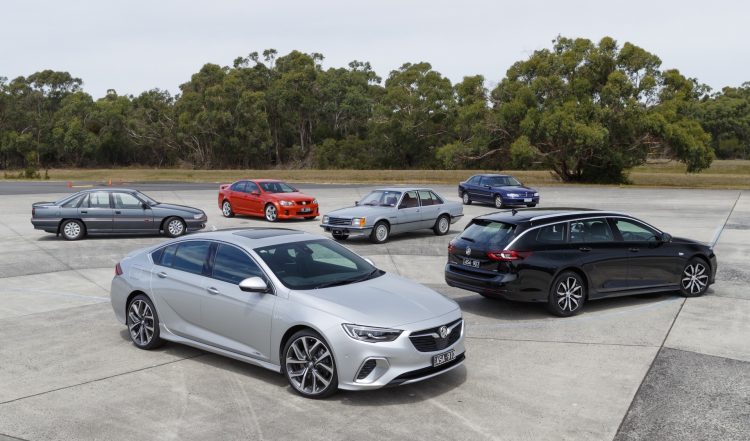 Soon after the acquisition in 2017, GM and Opel worked out a contract whereby Opel would continue to supply vehicles for the Holden brand. These vehicles have since been rebadged as Holdens. However, this commercial agreement covered a specific period and the contract was obviously not renewed. The Commodore and Astra will exit the local range this year. In a statement in December, Holden said:

“The decision to retire the Commodore nameplate has not been taken lightly by those who understand and acknowledge its proud heritage. The large sedan was the cornerstone of Australian and New Zealand roads for decades. But now with more choice than ever before, customers are displaying a strong preference for the high driving position, functionality and versatility of SUVs and utes.”

Specific/custom orders of new Astras and Commodores are slowly being put to a stop, but all MY2019 orders will continue as normal and be backed by a seven-year warranty. Holden says the existing warranties and spare parts for these models will continue “well into the future”. It’s believed Holden warranties and spare parts going forward could simply rollover to Chevrolet, if this all turns out to be true. 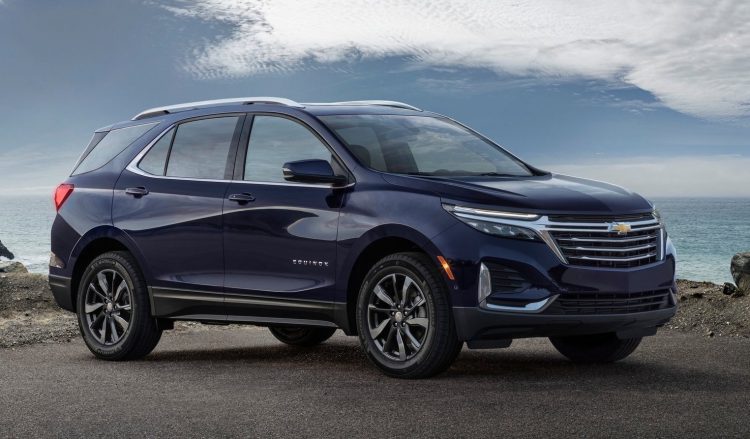 It’s not known what will happen to the local Thai-made Colorado. At the moment it is the only product in the Holden range that is somewhat exclusive to Australia (although sold in Thailand and South America, branded Chevrolet). Chevrolet US also builds and sells its own Colorado, but it is different to the Aussie version and is offered with different engines. On the other hand, the Equinox and Trax are sold by Chevrolet in many markets and the Acadia is sold under GM’s GMC brand.

At this stage it is still very much a rumour and based off talk from dealerships only. Holden has not made any official announcements. If it is true, we suspect a big announcement will be made this year.

UPDATE: It’s now official and GM has released a statement confirming the Holden brand will be killed off by 2021. More details in our latest story here. And see below for the full statement:

“Through its proud 160-year history, Holden has not only made cars, it has been a powerful driver of the industrialization and advancement of Australia and New Zealand,” said Blissett.

“Over recent years, as the industry underwent significant change globally and locally, we implemented a number of alternative strategies to try to sustain and improve the business, together with the local team.”

GM undertook a detailed analysis of the investment required for Holden to be competitive beyond the current generation of products. Factors impacting the business case for further investment included the highly fragmented right-hand-drive markets, the economics to support growing the brand, and delivering an appropriate return on investment.

“After comprehensive assessment, we regret that we could not prioritize the investment required for Holden to be successful for the long term in Australia and New Zealand, over all other considerations we have globally,” said Blissett.

“This decision is based on global priorities and does not reflect the hard work, talent and professionalism of the Holden team.”

GM intends to focus its growth strategy in Australia and New Zealand on the specialty vehicles business and plans to immediately work with its partner on developing these plans.

GM Holden Interim Chairman and Managing Director Kristian Aquilina said that given the significance of Holden through its history, it was critical the company worked with all stakeholders to deliver a dignified and respectful wind-down.

“Holden will always have a special place in the development of our countries. As Australia and New Zealand grew, Holden was a part of the engine room fuelling that development,” said Aquilina.

“Today’s announcement will be felt deeply by the many people who love Holdens, drive Holdens and feel connected to our company which has been with us for 160 years and is almost ubiquitous in our lives.

“Unfortunately, all the hard work and talent of the Holden family, the support of our parent company GM and the passion of our loyal supporters have not been enough to overcome our challenges.

“We understand the impact of this decision on our people, our customers, our dealers and our partners – and will work closely with all stakeholders to deliver a dignified and respectful transition.”

Holden customers can be assured that the company will honour all warranties and servicing offers made at time of sale. Holden will provide servicing and spare parts for at least 10 years, through national aftersales networks in Australia and New Zealand. As required, Holden and its aftersales network will also continue to handle any recalls or safety-related issues if they arise, working with the appropriate governmental agencies.

Holden will work with its dealer network on appropriate transition arrangements, including offering dealers the opportunity to continue as authorized service outlets to support Holden customers.

GM officially confirms it is closing down the Holden brand February 17, 2020