Chevrolet has been spotted testing more prototypes of the next-gen C8 Corvette out on public roads in the US, with a small fleet seen in the mountains in California recently. The new model is set to be the first mid-engined Corvette. 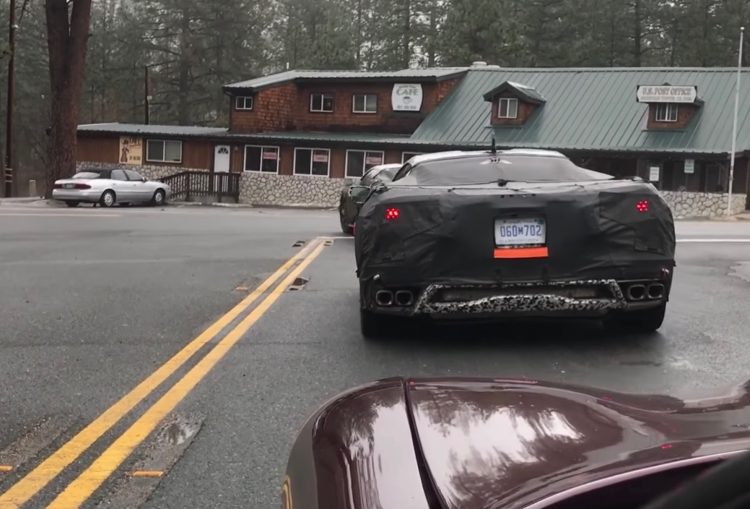 Switching to a mid-engine layout will help push the Corvette up into supercar realms, giving it superior handling balance and weight distribution compared with the conventional front-engine configuration.

As you can see the C8 Corvette will adopt a longer and wider body to accommodate the engine, with big hips and haunches set to provide a more typical supercar design. We can also expect some air intakes for the engine mounted in the body just behind the doors, like most of the Italian supercar icons.

In terms of the engine, it is still early days to know for sure what Chevrolet will implant. According to speculation Chevrolet might introduce a brand new twin-turbo V8. Capacities ranging from as little as 4.0 litres and up to 5.5 litres have been rumoured, but either way, power is set to peak at around the 485kW mark. A ZR1 variant could see the figure climb much higher, though.

The prototypes don’t really reveal much in terms of the body design, with lots of black sheeting and camouflage concealing the body. It does appear as though Chevrolet has pretty much finalised the design though with elements of the aggressive rear diffuser poking through in what looks to be production trim.

Check out the video below for more of a look. A full debut isn’t expected to take place until much later in the year.