BMW in introducing a host of M Performance upgrade options for the new X6 and X7 SUVs, as well as the just-revealed X5 M and X6 M. The parts are sure to go down well with those wanting added exclusivity. 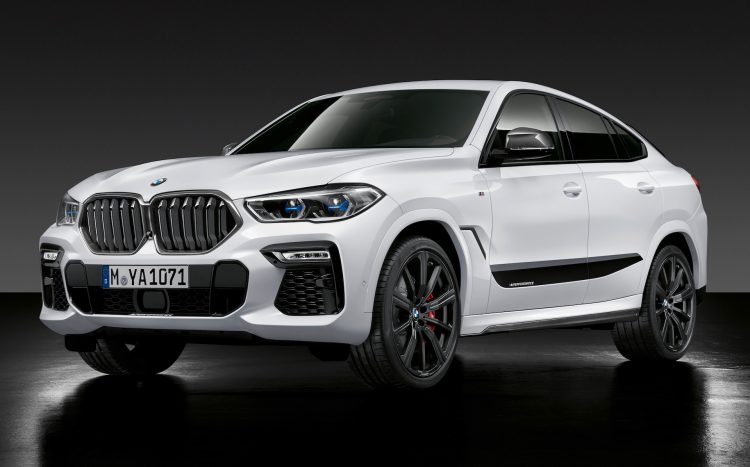 For the exterior, BMW proposes a carbon fibre package for the X5 M and X6 M, including for the front grille, side sills, and rear diffuser. There’s also a new black rear spoiler sitting up near the roof, as well as black fins for the rear windscreen.

As a bonus, BMW has also created an M Performance Frozen Black wrap for the new X6 as an option. It’s matt black and features a grey strip with M Performance insignia. This is all placed along the side of the body, matching the gloss black window surrounds and black front end detailing. 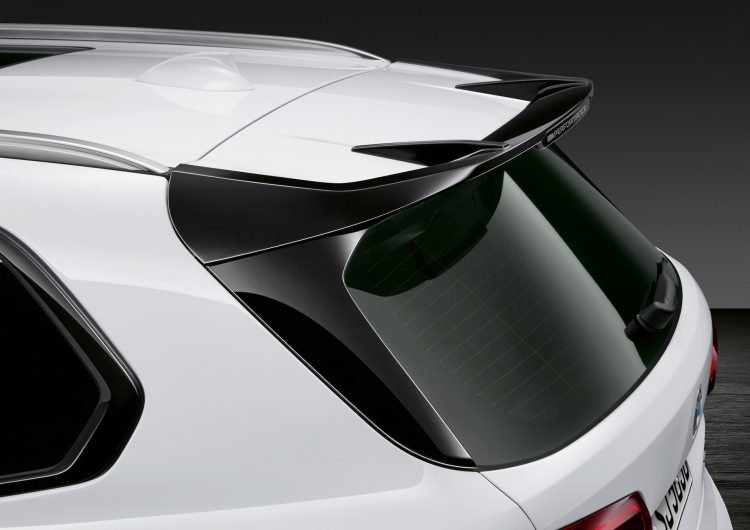 For the beastly BMW X7, buyers are being offered 22-inch Jet Black forged Y-spoke wheels in 785M design, giving the massive SUV even more presence on the road. They are finished in a bi-colour theme. There’s also carbon fibre side mirrors, black side sill garnishes, and a range of black trimmings for the front end, including those big grilles.

It’s not all about the exterior, though. M Performance has a range of enhancements for inside the cabin too. Parts range from special floor mats, carbon fibre dash trimmings, and even a custom steering wheel with carbon fibre spoke covers. 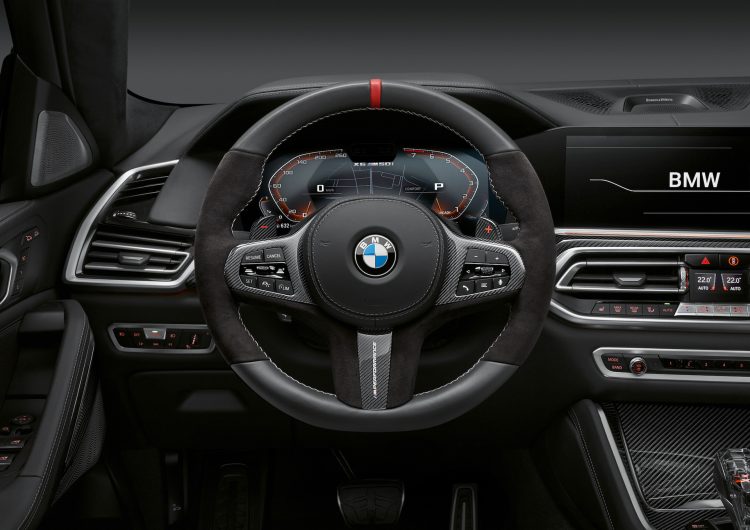 At this stage no specific tuning is being offered for the engines or for the suspension. However, M Performance does offer a range of engine computer tweaks that lift power and torque for some models. Besides, the new X5 M and X6 M Competition already produce 460kW, so we’re sure that will be enough for most.