BMW has confirmed it will be unveiling an all-new production car at the Pebble Beach Concours d’Elegance event next month. And all signs point to the new BMW Z4. 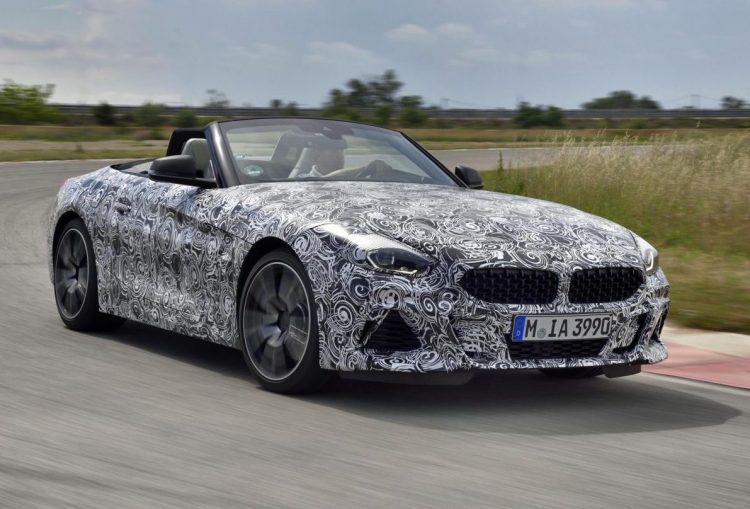 It was reported a few months ago that BMW was planning to debut the new Z4 at an event some time during the US summer. Now, BMW has released a statement confirming it will reveal “an emotional addition to the BMW range” at Pebble Beach.

As you might know, the new Z4 is being developed along side the new Toyota Supra. They will share platforms and are expected to share powertrains, although there might be different options for each, such as a manual transmission option for the Z4 but not for the Supra.

According to a purported model document leak the Z4 will come in a variety of flavours, including 20i and 30i, using the company’s 2.0-litre turbo-petrol four-cylinder engine, as well as a 40i sporting the beautiful 3.0-litre turbo inline six. An M40i performance model has also been confirmed.

Both the Z4 and the Supra will be manufactured at the Magna Steyr facility in Austria, although they will feature completely unique body panels and styling, and present a unique interior. Obviously, the BMW will be pitched as more of a luxury roadster while the Supra is more of a grand touring sports coupe.

BMW says it will reveal the identity of the model that will be on display at Pebble Beach closer to the event, during a press conference. This could mean BMW will give an earlier online reveal just before the public debut, like with many new models that are unveiled. In a statement, BMW said:

“The identity of the World Premiere model will be revealed closer to the time of the press conference. Suffice it to say that this new model will certainly be an emotional addition to the BMW range.”

Joining the suspected Z4 in California will be the new M850i coupe, and the BMW Concept M8 Gran Coupe unveiled at the Geneva show in March. All of the action from Pebble Beach starts on August 23.