We all knew it was coming, but now BMW has officially previewed the upcoming 8 Series Gran Coupe. This will be the swooping four-door coupe version of the new 8 Series. 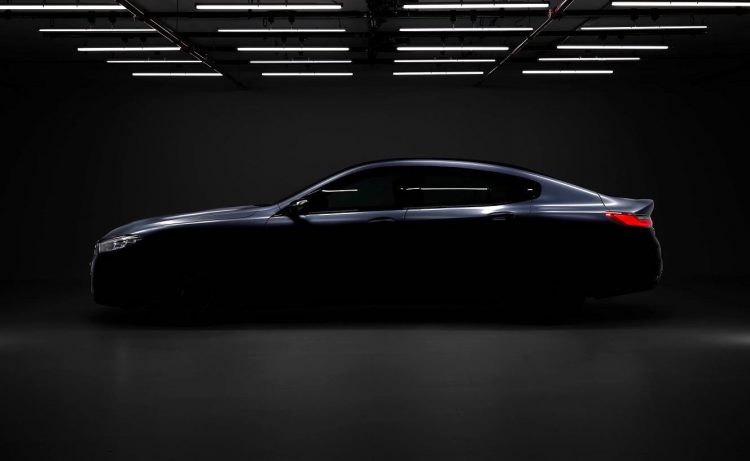 BMW used its social media account to send out a teaser image of the new model, showing a poorly-lit side profile shot. It is pretty clear to see there are four doors, with a gradually drooping roofline from about the B-pillar rearward.

The new model is set to come in to replace the 6 Series Gran Coupe, offering luxury seating for four passengers. For the rear passengers we suspect there will be a chunky centre console running through the middle, packed with storage options and cup holders. However, there might also be a five-seat option with a three-person rear bench.

Under the bonnet the 8 Series Gran Coupe is likely to be offered with the same lineup of engines as the two-door model. These kick off with the 840d featuring a 3.0-litre turbo-diesel inline six producing 235kW and 680Nm. This is followed up by the M850i, which uses a twin-turbo V8 petrol engine producing 390kW and 750Nm.

At the top of the tree is the full-blown M8. BMW is yet to unveil the two-door M8 coupe and convertible, but all signs suggest it will come with the M5’s 4.4-litre twin-turbo V8, churning out 441kW and 750Nm. Or, in the case of the M5 Competition, 460kW.

All will be revealed at the BMW NextGen event in Munich, Germany, running from June 25-27. Stay tuned.