Well, we all knew it was going to be pretty bad. Australian vehicles sales for March 2020, according to the latest VFACTS figures which count new vehicle registrations, show yet more of the worrying economic impact of the COVID-19 pandemic. And things are only expected to worsen in the coming months. Industry figures are down 13.1 per cent year-to-date (YTD), and down an alarming but expected 17.9 per cent for the month compared with March last year. 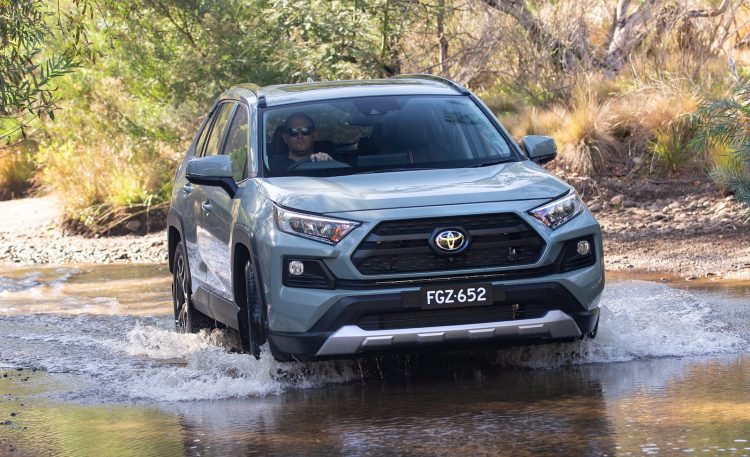 Amazingly, Toyota seems to be unaffected by coronavirus as it has reported a sales increase (technically, new vehicle registrations are not ‘sales’, but we’ll say sales because it’s easier). Toyota sold 17,583 vehicles in March, which is up 0.9 per cent YTD and up 1.6 per cent for the month. It remains the best-selling vehicle brand in Australia.

Falling behind in second place was Mazda, with 6819 units. The Japanese brand saw a 26.8 per cent decline across YTD, and a similarly sharp decrease of 29.1 per cent compared with March last year. Interestingly, Mitsubishi stepped up to third place, overtaking Hyundai in the process. Its monthly figure is down 40.8 per cent, and down 34.3 per cent across YTD for accumulated figures for the first three months of the year.

Further down we see Kia has overtaken Hyundai for fourth spot. It was able to do this as its YTD figure is actually up 4.5 per cent, and even for the month of March Kia reported an increase of 6.6 per cent compared with last year. Holden has jumped back into the top 10 following drops in the previous month. This is likely as dealers provide big discounts to run out existing stock before GM pulls the pin on the brand. See below for the top 10 best-selling car brands of March 2o20. The figures in brackets are from the previous month and not YTD so we can see how models are tracking throughout the year.

As for the best-selling vehicle model, we might as well copy and paste this paragraph from previous months as it is once again the Toyota HiLux. We see the Toyota RAV4 is also cementing itself as the new most popular SUV on the market, accumulating 8656 sales so far this year, overtaking the now-superseded Mazda CX-5, which has reported 5562 sales YTD.

Further down the top 10 list and the Holden Colorado was obviously a contributing factor to Holden’s spike, as it jumped into fifth spot overall. Just three passenger cars now make up the list, with all others comprising of either a ute or SUV. The top 10 best-selling vehicles in Australia during March 2020 were as follows: 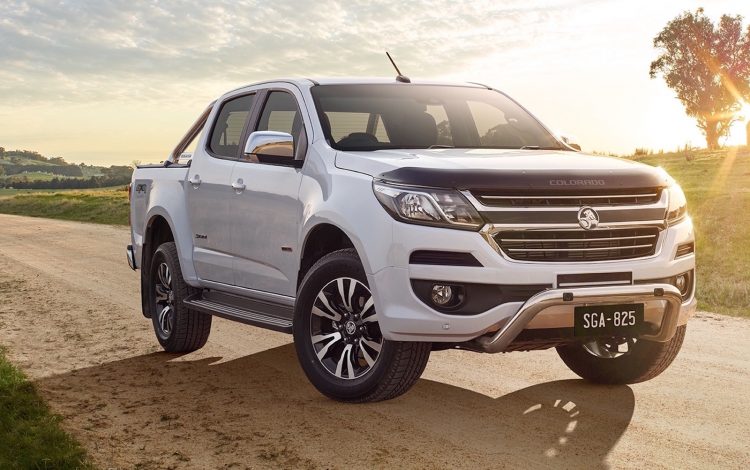 Small Cars under $40,000 – Over in this class the Toyota Corolla continues to lead the pack. Its figure for the month is up 12.5 per cent on last March, and YTD units are up 10.2 per cent. Hyundai and Kia are now neck-and-neck with the i30 and Cerato, respectively. However, we notice the Cerato’s YTD figure (5214) is up 7.1 per cent while the i30’s YTD figure (6046) is down 2.8 per cent. There is a facelift for the i30 coming this year which could see a shift to this trend. See below for the top 10 best-selling small cars in Australia during March 2020:

Small Cars over $40,000 – Moving up a class into the premium stuff and it’s the Mercedes A-Class that blows everything out of the water. Its figure shows a 52.9 per cent increase YTD and a whopping 74.2 per cent increase for the month of March. Runner-up Audi A3 and BMW 1 Series are far behind, with the Audi’s YTD figure down 49.8 per cent, while the 1 Series is up 19.1 per cent likely due to the arrival of the all-new model. The top five best-selling vehicles in this segment during March 2020 were as follows:

Medium Cars under $60,000 – Toyota Camry sales are slowing slightly, likely amid the coronavirus. However, it is still the best-seller in this dwindling class. Its YTD figure is up 0.5 per cent, but its March numbers are up 6.1 per cent. Segment sales are down 11.1 per cent YTD and down 8.9 per cent for the month. See below for the top 10 best-selling vehicles in this class during March 2020: 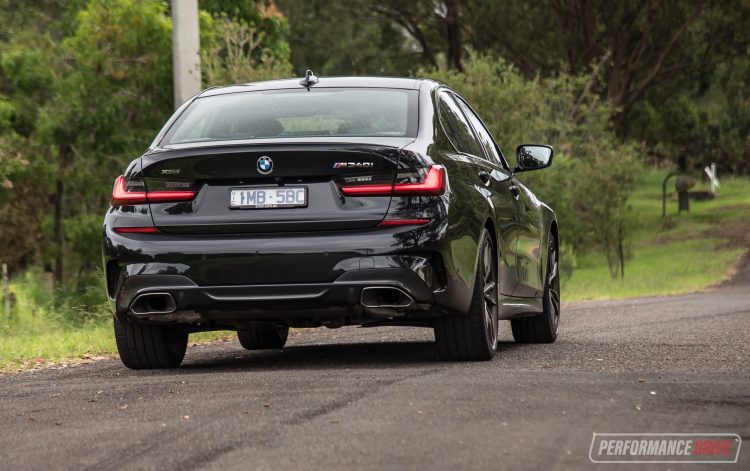 Medium Cars over $60,000 – Into the business class, BMW 3 Series sales surged to the front in March. Its YTD figure is up 35.7 per cent, likely helped by the range of new variants that have recently been announced. Mercedes C-Class sales are suffering, with its YTD number down 64.2 per cent, and its March figure down 68.5 per cent. Infiniti jumped into the top five with the Q50, while Mercedes CLA sales bounced back from the previous month. Segment sales are down 38.4 per cent across YTD and down 42.8 per cent for the month. The top five best-selling vehicles in this segment during March were as follows:

Large Cars under $70,000 – The numbers in here are looking pretty grim. Holden Commodore figures are fading away and will soon disappear, and even the Skoda Superb is almost off the charts completely. The Skoda is seeing an alarming YTD drop of 79.2 per cent, and a decline of 84.9 per cent for March. Kia Stinger sales are hanging in there, with sales down 3.8 per cent YTD but up 6.1 per cent for March. Segment sales overall are down 53.0 per cent YTD and down 58.0 per cent for the month. The only vehicles on sale in this segment in March shaped up like this:

Large Cars over $70,000 – Large business class buyers appear to have diminished in March, with Mercedes reporting 56 sales of its E-Class and BMW reporting 48 sales of its 5 Series. Some of the less popular competitors barely scored any sales at all. Segment sales overall are down 50.1 per cent YTD and down 49.8 per cent for the month. The top five best-selling vehicles in this class during March were as follows:

Sports Car under $80,000 – Some buyers were probably looking to change the mood and dipped into this segment, with most going for the Ford Mustang. However, even its YTD figure is down 40.1 per cent and down 28.8 per cent for the month. The Toyota 86 matched BMW 2 Series sales for equal second place, with the new Hyundai Veloster sneaking in for third place. Segment sales are down 27.9 per cent YTD and down 22.7 per cent for the month of March compared with last March. The top five best-selling vehicles in this class during March were as follows: 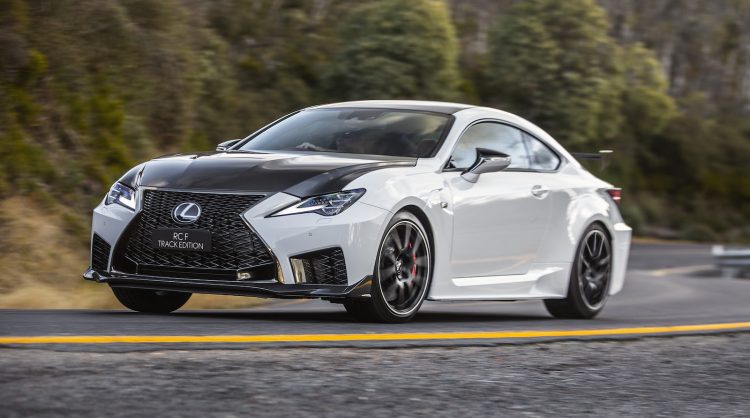 Sport Cars over $80,000 – More serious sports car fans turned to the Mercedes C-Class two-door, although its YTD number is down 43.3 per cent and down 67.8 per cent for the month. Surprisingly, the Lexus RC leaped into second spot, with its March figure up 12.0 per cent. Segment sales are down 40.2 per cent YTD and down 61.9 per cent for the month. The top five best-selling models in this category during March were as follows:

Sport Cars over $200,000 – On the top shelf of the sports car bar, the Porsche 911 is the item of choice for Australians. However, its YTD figure is now down 21.5 per cent and its March figure is down 44.3 per cent, likely due to the market’s reluctance to make big spends during the coronavirus pandemic. On the contrary, it seems McLaren was able to lure in enough buyers to give it second place for the month. Its March figure is up 55.6 per cent, although down 18.2 per cent YTD. Segment sales overall are down 14.8 per cent YTD and down 34.7 per cent for the month. The top five best-selling vehicles in this class during March were as follows: 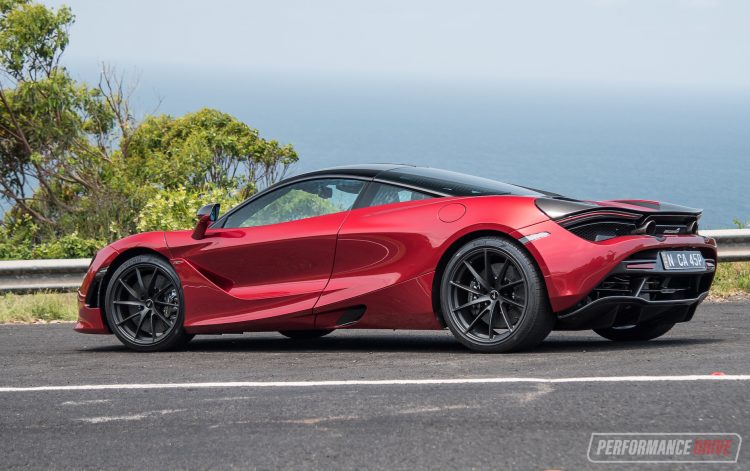 Combined 4×2 and 4×4 ute – Workhorse sales weren’t impacted all that much by the pandemic, with some models showing higher sales than February. The HiLux was obviously the favourite, but it was the Holden Colorado that was the biggest mover. It jumped from seventh spot in February to third in March. The top 10 best-selling utes (4×2 and 4×4 combined – excludes LandCruiser, LDV T60, RAM 1500 and 2500) for March were as follows: 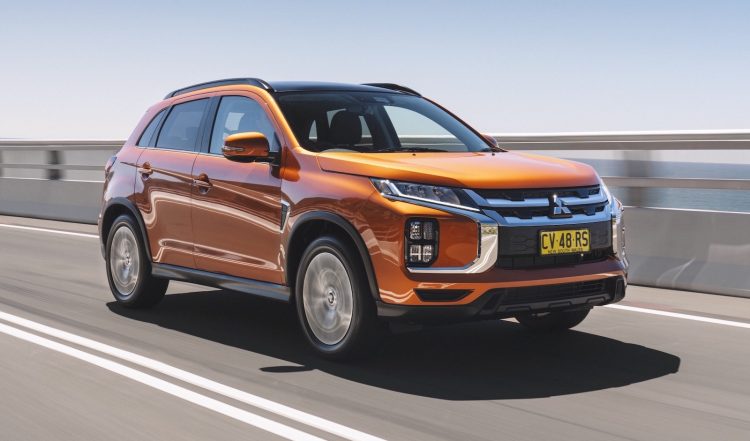 Some of the highlights included the Toyota RAV4, maintaining its position as the most popular SUV on sale. In the entry class the Holden Trax saw a big spike, with its March figure up an impressive 130.2 per cent, and YTD figure up 71.4 per cent. This also contributed to Holden’s spike. Meanwhile the Mitsubishi ASX saw a decent jump in sales from the previous month, and the recently-updated Nissan Patrol reported a healthy increase on February. The top three best-selling SUVs in all categories in March 2020 were as follows:

Total new vehicle sales in Australia in March were up on February 2020 figures. During March, Australian consumers bought 81,690 vehicles according to VFACTS, compared with 79,940 in February. As mentioned at the start though, overall sales for the month are down 17.9 per cent compared with March 2019, and down 13.1 per cent year-to-date.