The August 2019 VFACTS vehicle sales figures are out for Australia, and it looks like sales have taken a little dip again following some recovery in the previous month. Overall industry sales are down 8.0 per cent for the first eight months of the year, down from a negative 7.7 per cent drop in July. 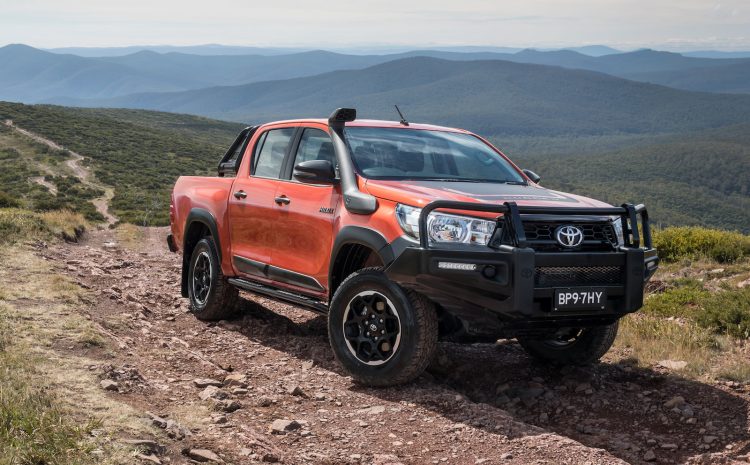 Toyota remains the clear favourite brand among Australian buyers, but even its year-to-date (YTD) figure is down 5.6 per cent. Hyundai moves into second place for the month of August, overtaking the usual runner-up Mazda. Figures across YTD are down 8.9 per cent for the Korean brand, while Mazda’s figures are down 10.3 per cent. See below for the top 10 best-selling car brands for August 2019:

In terms of the most popular vehicle for the month, it is yet again the Toyota HiLux. The Ford Ranger remains close behind, however, the more interesting stuff is a bit further down. It seems the Hyundai i30 remains in front of the Mazda3 from the previous month, although, the Toyota Corolla is just in front for the passenger car crown. Only four passengers cars make up the top 10, with utes and SUVs accounting for the rest. The top 10 best-selling vehicle models for August 2019 were as follows: 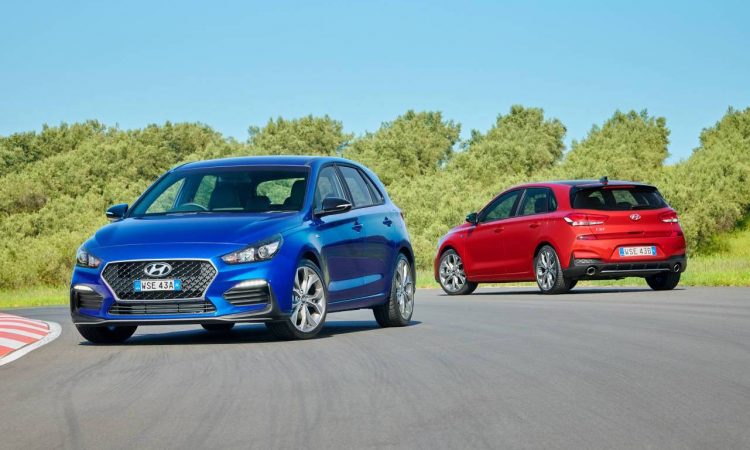 Small Cars under $40,000 – This segment is getting pretty interesting. The Mazda3 and Hyundai i30 are now neck-and-neck for overall sales this year. Mazda has sold 19,108 Mazda3s, while Hyundai is just ahead with 19,441 examples of the i30 sold (YTD). The Corolla is in front though with 21,126 sales. Creeping up from behind is the Kia Cerato, reporting 14,782 sales so far this year. The Kia remains in fourth spot for the month as well. Overall sales in this class are down an alarming 17.6 per cent YTD. The top 10 best-selling small cars in August 2019 were as follows:

Small Cars over $40,000 – Up one class, and the Mercedes-Benz A-Class continues as the favourite. The Audi A3 reported good numbers for the month, with the BMW 1 Series completing the top three. Overall sales in this class are down 12.8 per cent YTD. The top five best-selling vehicles in this segment during August 2019 were as follows:

Medium Cars under $60,000 – Over in the conservative sedans, most buyers are clearly going for the Toyota Camry. We fear this segment isn’t going to last much longer, with most models reporting big drops in sales across YTD, which is a shame for the sedan body style. Overall segment sales are down 13.7 per cent YTD, with only the Camry reporting an increase, of 3.9 per cent, in the 11-car lineup. Kia Optima (down 21.6 per cent), Subaru Liberty (down 33.7 per cent), and VW Passat (down 36.3 per cent) are all in the red across YTD. The top five best-selling models in this class for August 2019 were as follows:

Medium Cars over $60,000 – In the executive mid-sizers, things aren’t quite so grim. Segment sales are down 10.2 per cent, which is almost in line with the local industry overall. The Mercedes C-Class remains the favourite, and its YTD figure is up an impressive 23.4 per cent. The top five best-selling vehicles in this segment in Australia during August 2019 were as follows: 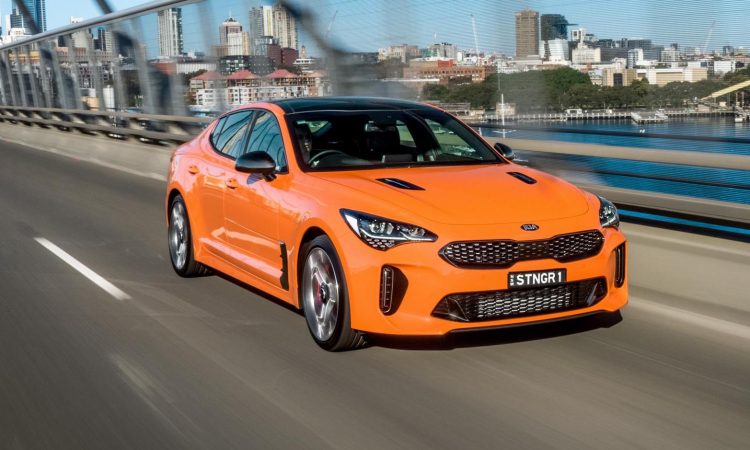 Large Cars under $70,000 – Taking one of the biggest hits in the regular passenger car classes, this segment is reporting a YTD drop of 29.0 per cent. Only the Holden Commodore is essentially holding the class afloat, however, its sales are down 36.3 per cent YTD. The Kia Stinger isn’t doing so bad, sitting in second place with a YTD drop of 8.5 per cent. Peugeot’s new 508 leaps into the class with some sales out the gate. Its number is expected to increase a bit over the coming months. The top four (reduced from five due to the Hyundai Genesis moving up a class, adopting the G80 name) best-selling vehicles in this segment for August 2019 were as follows:

Large Cars over $70,000 – Moving to the luxury sedans, the BMW 5 Series edges in front of the usual top-selling Mercedes E-Class for the month. Surprisingly, this class is only reporting a YTD drop of just 6.4 per cent, which is pretty much in line with the industry anyway. Despite this, most models are seeing decent drops in figures across the first eight months of the year, except the BMW 5 Series (up 47.8 per cent), and new Genesis G80 (up 620 per cent [new model]). The top five best-selling vehicles in this segment in August 2019 were as follows:

Sports Car under $80,000 – Exciting stuff is taking a bit of a hit as well. The ever-popular Ford Mustang is still in front, but its YTD figure is down 30.2 per cent. Part of the problem, as far as we understand, is Ford is unable to supply the demand quick enough. According to our parent company’s dealer network, some current orders are not being delivered until next year. Since VFACTS figures are taken from new registrations, orders aren’t included in these stats. Overall segment sales are down 33 per cent YTD. The top five best-selling vehicles in this class for August 2019 were as follows:

Sport Cars over $80,000 – Up into the faster/more luxurious cars, and we see the Mercedes C-Class two-door models continue to dominate here. It’s followed up by its big brother, the E-Class two-door. Overall segment sales are down 6.3 per cent YTD. The top five best-selling models in this class for August 2019 were as follows: 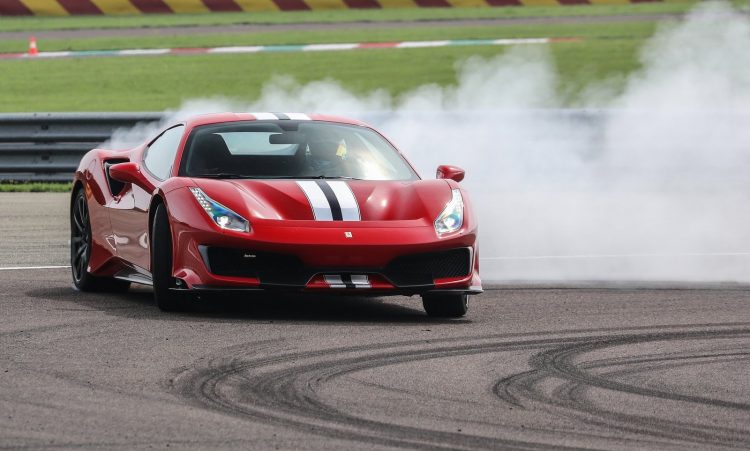 Sport Cars over $200,000 – Ferrari is really kicking goals in Australia, reporting the highest sales of any model in this class, again. Its YTD figure of 182 units is also up an impressive 18.2 per cent. This leaves the otherwise most popular Porsche 911 to second place, and its YTD figure is up 5.9 per cent. Overall segment sales so far this year are down only 2.9 per cent. The top five best-selling vehicles in the segment during August 2019 were as follows:

Combined 4×2 and 4×4 ute – Tradies and even families are rapidly moving into this class, which results in it being the most popular segment in Australia. Obviously fleet and government services are also contributing to the huge numbers. The Toyota HiLux and Ford Ranger remain the favourites, while the rest of the top 10 remain in exactly the same standings from the previous month. Except, however, the Mercedes X-Class, which rejoins the list in 10th spot after missing out in July. The top 10 best-selling utes (4×2 and 4×4 combined – excludes LandCruiser) for August 2019 were as follows:

As for the trending SUVs, we see the Toyota RAV4 has once again overtaken the Mazda CX-5 to become the most popular SUV for the month. Its YTD figure is catching the CX-5, with 15,884 sales versus 17,913. At this rate, we predict the RAV4 will become the most popular SUV by the end of the year. That’s if Toyota can supply the demand. RAV4 sales are up 3.8 per cent YTD, while the CX-5 sales are down 4.1 per cent.

The Mercedes-Benz GLC remains at the top for the most popular premium SUV for the month, and its YTD figure of 4069 is also the highest. Across the first eight months of the year the GLC is reporting a 5.2 per cent increase. BMW’s X3 is the second favourite for the month and across YTD for overall premium SUV sales, reporting 3222 sales, down 12.1 per cent. 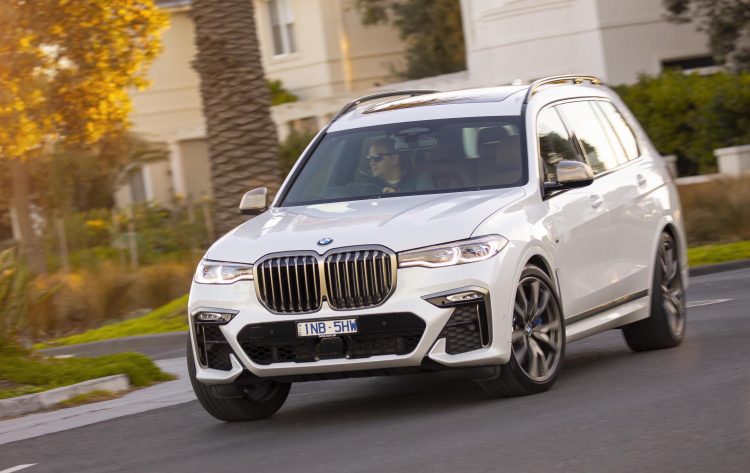 Interesting observations include the BMW X7 making decent ground in the super-large luxury category, while the Volvo XC40 excelled in its class. The Audi Q7 also reported very big numbers compared with past months. Nissan’s Qashqai moved into second spot in the opening segment, and the Isuzu MU-X made its way into third place in its respective class. The top three best-selling SUVs in all segments for August 2019 were as follows:

Total new vehicle sales in Australia in August were up on July figures, with the start of the new financial year no doubt helping. During August, Australian consumers bought 85,633 vehicles according to VFACTS, compared with 83,184 in July 2019. Overall sales for the month of August are down 10.1 per cent compared with August 2018, and down 8.0 per cent year-to-date.