The impact of the COVID-19 pandemic has made a big dent across many industries. Thanks to the release of the April 2020 VFACTS figures this week, which represents new vehicle registrations in Australia, we can now see the harsh reality the virus has brought in for the new vehicle market. 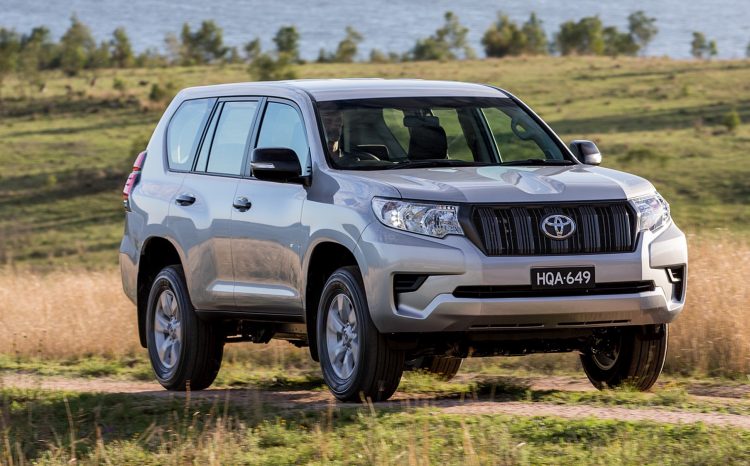 Sales during April were down an alarming 48.5 per cent compared with April last year, and subsequently this pushed down the year-to-date (YTD) percentage to negative 20.9 per cent for the first four months of the year. This latter percentage has almost doubled from negative 13.1 per cent for the first three months of the year. In saying that, Australia has held up okay compared with international markets, some of which have seen declines of more than 90 per cent due to the coronavirus.

Starting with the popular vehicle brands, Toyota remained in front for the month and so far this year, as usual. However, even the Japanese auto giant suffered, with its monthly sales dropping 31.8 per cent. Interestingly its YTD effort is down only 6.7 per cent, against the industry’s overall downturn of 20.9 per cent as mentioned above.

Other interesting observations include Holden, which is hanging in there, likely thanks to run-out deals as GM directs a shutdown of the local brand, while BMW jumped into the top 10 for the first time in a long while. BMW saw its monthly figure drop just 5.7 per cent for then month and down 7.3 per cent YTD. It was the only brand in the top 10 to post higher sales than its March effort. See below for the top 10 best-selling car brands of April 2o20. The figures in brackets are from the previous month and not YTD, so we can see how models are tracking throughout the year.

In terms of the best-selling vehicle model, it was of course the unstoppable Toyota HiLux once again. The HiLux has been in front now for longer than we can remember. Interestingly, the HiLux’s mid-size SUV cousin posted impressive numbers, placing it into second position overall.

Due to the low numbers of the usual top 10 lineup we see Toyota has really made its mark in April. The LandCruiser and the Prado moved into the top 10, resulting in five Toyotas in the top 10. The top 10 best-selling vehicles in Australia during April 2020 were as follows:

Small Cars under $40,000 – Toyota continues its dominance in this segment as well with its Corolla. It also looks like the Kia Cerato has overtaken the Hyundai i30 for second spot, and the Mazda3 continues in fourth. This segment overall saw a 61.3 per drop in sales compared with April last year. See below for the top 10 best-selling small cars in Australia during April 2020: 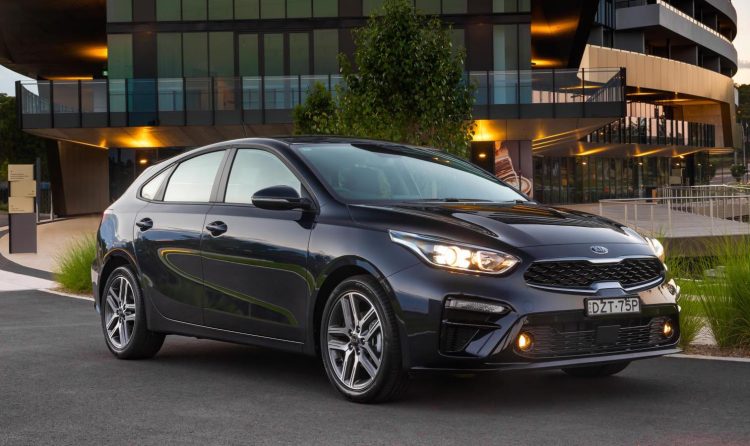 Small Cars over $40,000 – Moving up into the premium stuff and the Mercedes A-Class remains in front, followed by the BMW 1 Series. The new BMW 2 Series seems to be doing fairly well, equalling the Audi A3 during April. Overall sales in this class reported a 34.3 per cent decline compared with April last year. The top five best-selling vehicles in the segment during April 2020 were as follows:

Medium Cars under $60,000 – Across into the mid-sizers and yes, again, Toyota stands at the top, with its Camry. All of its competitors posted very low numbers in comparison. The segment saw a whopping 54.3 per cent drop in sales compared with April last year. The top 10 best-selling vehicles in this segment during April 2020 were as follows:

Medium Cars over $60,000 – Stepping up into the premium mid-sizers, the BMW 3 Series has actually seen higher sales than the previous month. Its key rival, the Mercedes C-Class, couldn’t quite hit second place so instead its sportier sister, the CLA, claimed second. An interesting move, the Lexus ES shifted into fourth spot, with the Lexus IS rounding out the top five. Overall segment sales fell 47.8 per cent compared with April last year.  The top five best-selling vehicles in this segment during April were as follows: 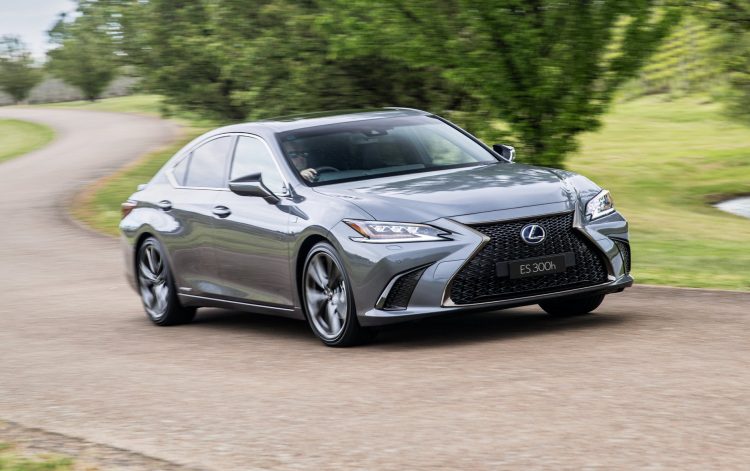 Large Cars under $70,000 – Things aren’t looking too good in this class, especially during the coronavirus pandemic. The Kia Stinger leads the way while the Holden Commodore is on its finally legs, unfortunately. Skoda managed just two units as well. Overall sales in this class dropped an alarming 88 per cent compared with April last year. The only vehicles on sale in this segment in April shaped up like this:

Large Cars over $70,000 – Executive sedans have taken a hit as well, with segment sales down 63.5 per cent compared with last April. So far this year the Mercedes E-Class is in front, with 206 sales, with the BMW 5 Series not far behind with 195 on the board for YTD. Maserati jumped back into the top five with its Ghibli, with its April figure actually up 22.2 per cent. Every other model in this class reported a sizeable drop compared with April last year. The top five best-selling vehicles in this class during April 2020 were as follows:

Sports Car under $80,000 – Into the entry-level sports car market and we see even the Ford Mustang has dropped considerably, with April figures down 65.4 per cent on last April. It continues to be the best-selling sports car on sale however, and is just about to tick over 1000 sales across YTD, at 927 units. The BMW 2 Series two-door models continue as second favourite, although its April figure is down 18.4 per cent. Combined sales across the segment fell 49.1 per cent compared with last April. The top five best-selling vehicles in this segment during April were as follows:

Sport Cars over $80,000 – Stepping up a level and it’s the BMW 4 Series across the line with the most sales. BMW seems to have really resonated well with customers over this virus period, as mentioned at the start. The 4 Series is also making way for the all-new generation, which could suggest some run-out deals are about. Coming in second was the arch rival C-Class two-door, followed by the BMW Z4. Again, it’s interesting to see BMW models high in the charts, and in this case the Z4 is usually further down. Segment sales dropped 63 per cent on last April. The top five best-selling models in this category during April were as follows: 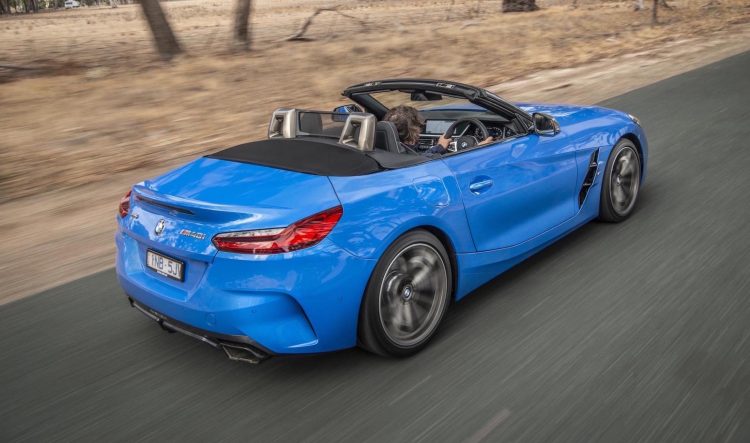 Sport Cars over $200,000 – On the top shelf of sports cars the Porsche 911 remains as the prime drop, although its April figure is down 72.9 per cent on last April. Ferrari sales were decent, particularly for such an exotic carmaker. Ferrari’s April figure is down 18.2 per cent, however, its YTD tally of 80 sales is up 3.9 per cent. Overall class figures are down 71 per cent compared with April last year. The top five best-selling vehicles in this segment during April were as follows:

Combined 4×2 and 4×4 ute – Even the relentless ute class is suffering during this tough period, but it hasn’t stopped plenty of consumers from snapping up a new purchase. The Toyota HiLux obviously leads the way for combined 4×2 and 4×4 sales, but just a quick glance at the figures below reveals Toyota sold around 1000 fewer units compared with March.

Ford suffered an even bigger drop, of around 1500 units, while many others were slashed by at least half compared with March. Looking at the top 10, there were some reshuffles, including the Isuzu D-Max moving into fourth in April from fifth in March, while the Mitsubishi Triton fell to sixth. The top 10 best-selling utes (4×2 and 4×4 combined – excludes LandCruiser, LDV T60, RAM 1500 and 2500) for April were as follows: 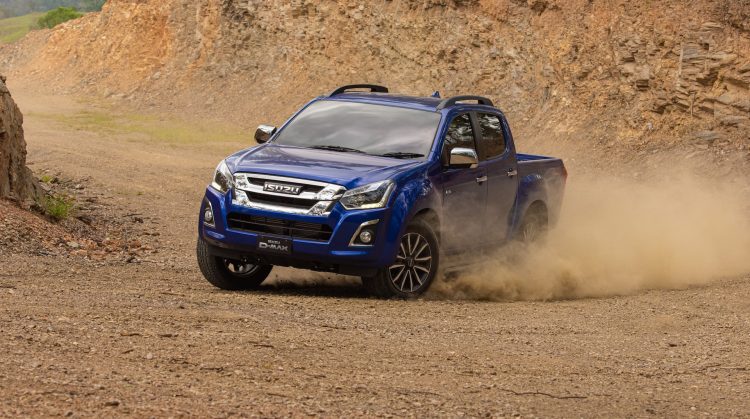 In the more heavy-duty field the Toyota LandCruiser 70 Series ute only dropped down one hundred sales compared with March – perhaps because some farmers and rural consumers were not as affected by COVID-19 as others, during April. This is how the top five 4×4-exclusive ute market shaped up in April:

As for the SUV categories, most segments took a big dive as expected. The ‘Medium below $60k’ segment returned the highest sales overall, with 5890 units. This is down 14.5 per cent YTD, and down 47.1 per cent on April last year. Sitting as the second most popular class, the ‘Large below $70k’ category shifted up from its usual third most popular standing, reporting 3655 sales. This is down 25.6 per cent across YTD, and down 52.9 per cent for the month of April. Completing the top three, the ‘Small below $40k’ segment saw 3423 sales. That’s down only 6.5 per cent for YTD, but down 46.9 per cent for April. 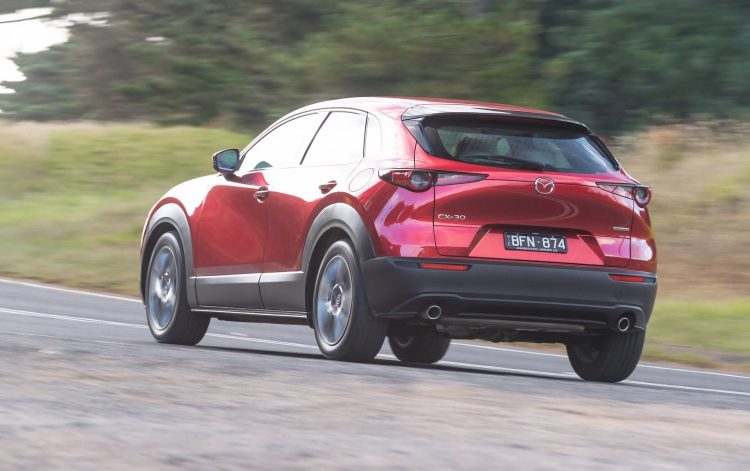 Some interesting observations across all shapes and sizes include the new Mazda CX-30 jumping into the top three in its class, while the BMW X1 sold in decent numbers for its category, and the Subaru Forester pushed forward in its class. The Toyota RAV4 continues as the most popular new SUV on sale in Australia, and the BMW X3 was the most popular premium SUV in April. The top three best-selling SUVs in all segments in April 2020 were as follows:

Total new vehicle sales in Australia in April were significantly down on March 2020 figures, as expected. During April, Australian consumers bought just 38,926 vehicles according to VFACTS, compared with 81,690 in March. Overall sales for the month are down 48.5 per cent compared with April 2019, and down 20.9 per cent year-to-date.