There’s still no sign of a next-generation Lexus IS but a rumour has just surfaced which will be of massive interest to fans of the mid-size luxury sedan; a V8 engine for the current model. Lexus IS 500, anyone? 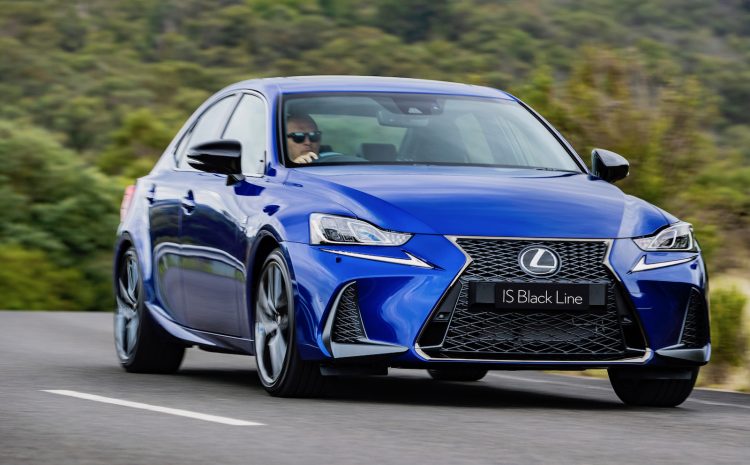 The rumour stems from an Instagram post by allcarnews, citing an anonymous ‘insider’. Now, before we go any further we should point out that we aren’t necessarily backing the credibility of said insider as we haven’t heard anything from Lexus regarding a new V8 IS sedan.

“It will be the third participation for Lexus LC in the Nurburgring 24 Hours. The team will use what it has learnt in the past two years to improve the car’s performance by adopting a variety of new technologies, including a newly-developed V8 twin-turbo engine destined for use on future road cars such as sports cars.” 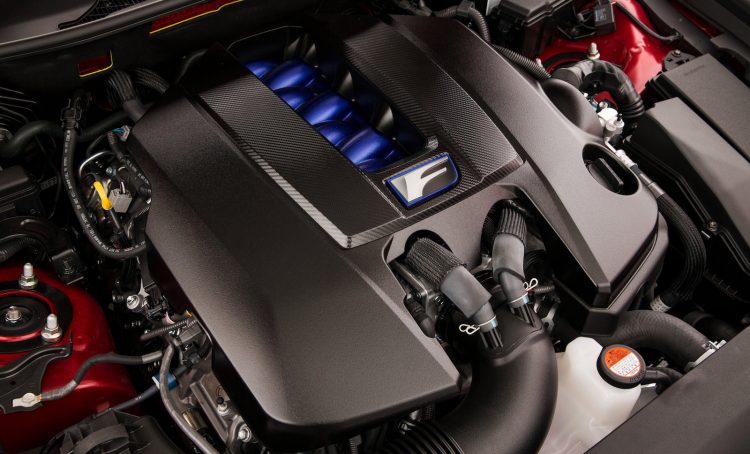 Curiously, the last bit of that quote says “road cars”, which means it will probably feature in the upcoming Lexus F models. Lexus is yet to confirm a next-generation IS F, but if it does, it will probably receive the twin-turbo V8. Any future GS F, RC F, and the much-hyped ‘LC F’ are all likely candidates as well.

Back to the concept of the IS 500 though, the Instagram user says the V8 will be shoehorned into the current, albeit modified IS sedan. It says there is a pretty major facelift for the sedan range coming soon, and that a V8 version will come in as the new flagship. The V8 variant, dubbed the IS 500, will apparently adopt wider tracks front and rear and revised suspension to cope with the extra grunt.

There’s also set to be a redesigned front end, incorporating the latest Lexus grille and headlight layout. Meanwhile, the ageing interior of the IS (below) is also in store for a major overhaul for the 2021 facelift. 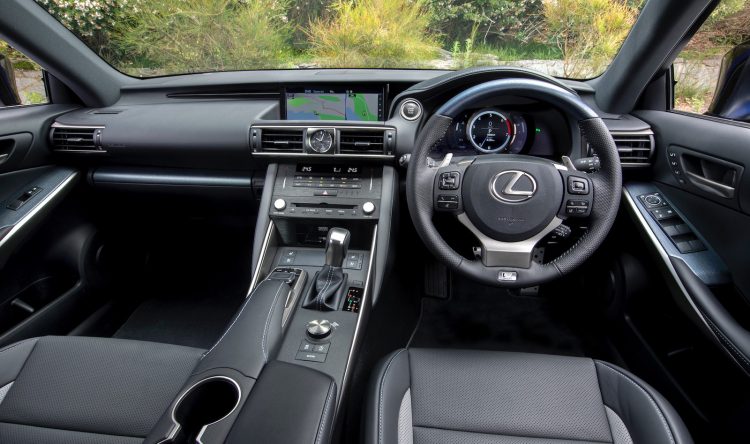 At the moment the most powerful Lexus IS is the IS 350. It uses a 233kW 3.5-litre V6. However, as the rear end of the RC coupe, which is available with a V8, is pretty much taken from the IS sedan there should be no issue in fitting a nice heavy-duty differential and axles.

Strangely though, it won’t renew the IS F nameplate, apparently. That might seem implausible at first but remember the current LC 500 uses the same V8 engine (below) as the GS F and RC F yet it isn’t strictly an F model and doesn’t include any F badging. 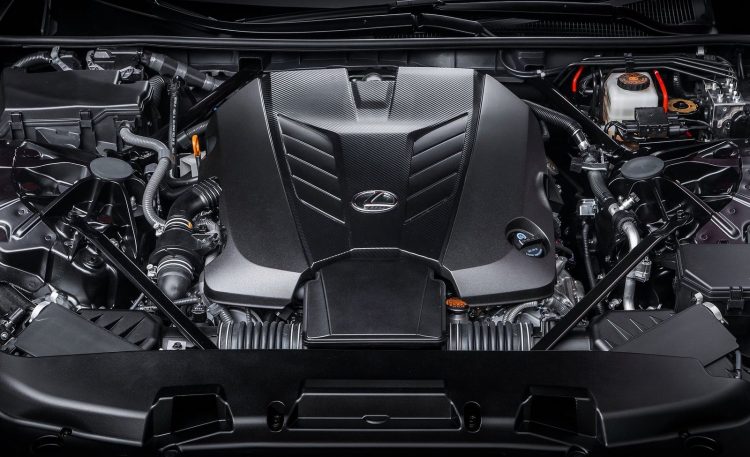 It’s believed the IS 500 V8 will be a last hurrah for the iconic and splendid-sounding 5.0-litre V8 engine. In its latest tune the Toyota-based 2UR-GSE unit is naturally aspirated and runs a high 12.3:1 compression ratio. It also uses Yamaha-designed cylinder heads, titanium inlet valves, and adopts Toyota’s D-4S port and direct injection. At 351kW and 530Nm, it isn’t the most powerful V8 around these days but it does produce one of the best soundtracks – check out our LC 500 engine sound video at the bottom of this story to see what we mean.

According to the rumour Lexus is planning to introduce the 2021 facelift for the IS during the third quarter of this year. The update is said to carry the sedan through until the next generation model comes along – whenever that might be. Lexus’s best-selling models are predominantly SUVs which does put a lot of pressure on the future of its sedans.