Following its initial reveal earlier this month, Genesis has now unveiled the all-new 2021 Genesis G80 large luxury sedan in full. It debuts not only a new design language and platform, but also a new turbo V6 engine. 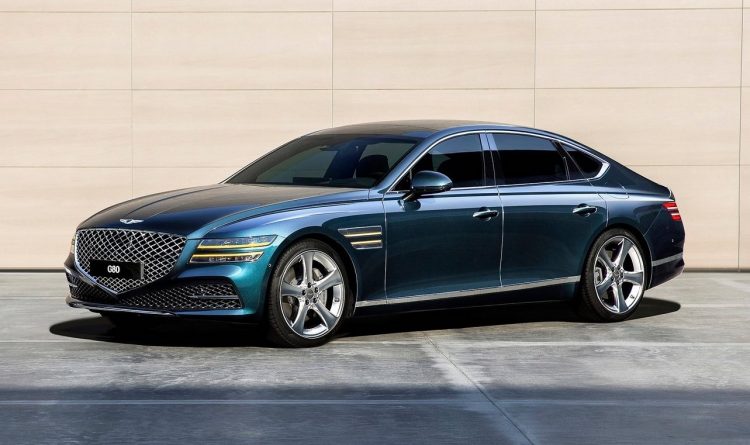 Let’s start with the engines. Buyers will be offered three different options. At the entry end is the company’s recent 2.5-litre turbo-petrol four-cylinder unit, and for the G80 it produces 224kW (304PS) and 421Nm. Moving up a peg is a new 3.5-litre twin-turbo V6 that develops 279kW and 530Nm. For diesel fans there’s a 2.2-litre turbo four-cylinder that produces 154kW and 441Nm.

Since Genesis recently re-launched as a fresh, stand-alone brand, separate from Hyundai, it’s plan is to become a global brand. And as such, Genesis says these three engines have been engineered for world markets. In other words, all three could be offered for Australia, although it’s not yet confirmed.

Underpinning the new model is a third-generation rear-wheel drive platform. It’s not a Hyundai Motor Group shared platform either, but instead a bespoke layout for Genesis. Extensive engineering and development ensures it offers a lower centre of gravity than the previous model, while also providing a wider and more spacious cabin. 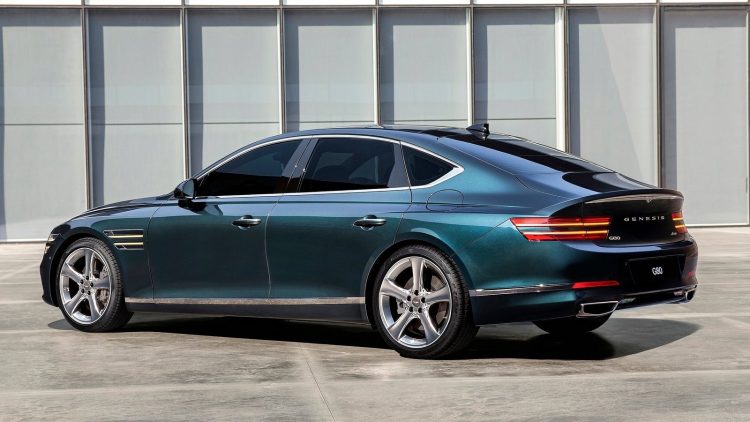 The platform and body is made from more lightweight materials, with aluminium for around 19 per cent of the body helping to shave 125kg alone. As a comparison, the previous model with the 3.3TT V6 and 18-inch alloy wheels weighed 1910kg, while the new model with the 2.5 turbo and 18-inch wheels weighs just 1785kg.

Aside from major hardware advances, the 2021 Genesis G80 also packs all-new levels of technology and connectivity. Inside is a 12.3-inch digital instrument cluster, with a 14.5-inch digital screen for the dash which houses all of the on-board multimedia. The layout and design of the cabin is also fresh, with fine materials and trimmings giving it a big boost in luxury. 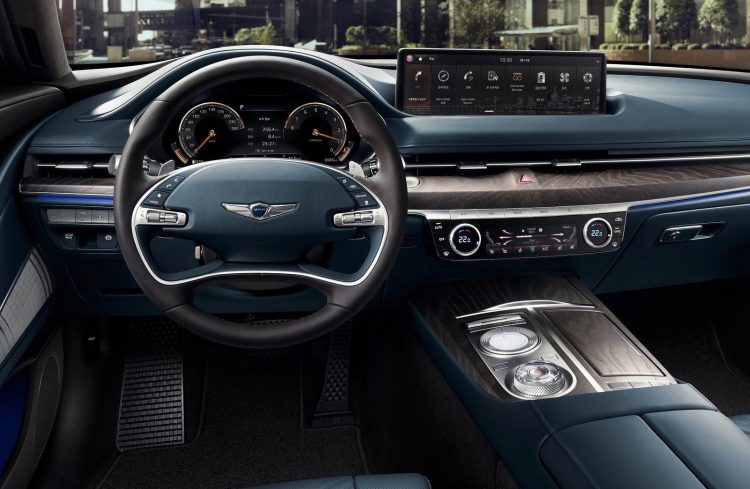 “The all-new G80 brings all the existing strengths from the previous generations all the while upgrading the powertrain, platform and communication system with the state-of the art technologies. It is a true, authentic Genesis.”

Genesis Australia says the new model is scheduled to go on sale locally during the second half of 2020. Final specs and variant levels are yet to be announced.