Some images of the 2021 BMW 5 Series LCI facelift have appeared online, giving us a first look at the refreshed design ahead of its expected debut in the coming weeks. 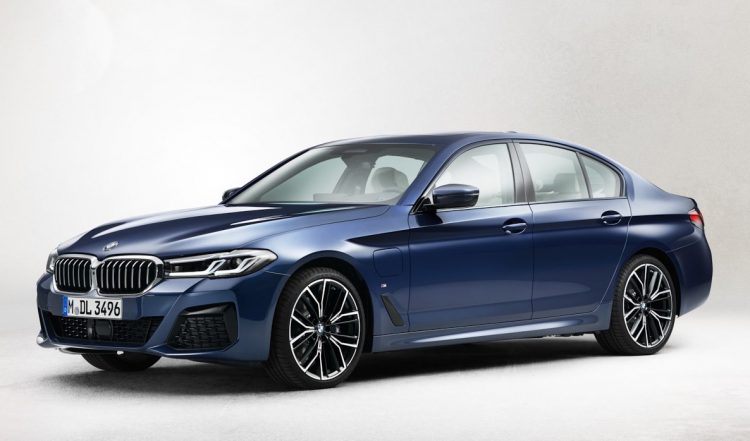 The images seem to come from an upcoming press pack, given they are taken in a studio of some kind and show the typical three-quarter view of the front and rear. We can see it is wearing the M Sport pack and the badge on the back tells us we’re looking at the 530e hybrid.

From the front you’d be forgiven for confusing it with the latest 3 Series. The resemblance is uncanny. However, take a closer look and you might notice the unique V-shaped strakes that stem down from the middle of the headlights, while the front grille is more prominent and features thicker chrome slats in the case of this show car.

The 5 Series also comes with little vents that sit just behind the front wheels, similar to what’s seen on the 7 Series although not as extravagant. Around at the back it does look pretty similar to the outgoing version, however, the taillights adopt redesigned patterns for the LEDs, with a thick red section in a hockey stick shape running through the middle. 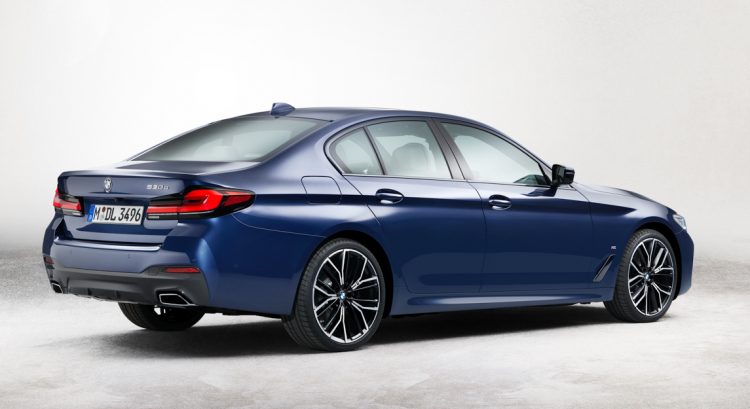 Being the M Sport it does showcase some sporty details. There’s new-look 20-inch multi-spoke alloy wheels, for example, with black and machined-face spokes, with black mesh for the lower front grilles, black for that little side vent, and a dark grey diffuser element at the back.

As for the powertrain, the 530e comes with a 2.0-litre turbo-petrol four-cylinder engine paired with an electric motor assist system. It’s a plug-in hybrid so you can recharge the battery for an electric range, with the charge plug located on the left-hand side front guard. Combined output is 185kW and 420Nm, with 0-100km/h claimed in 6.2 seconds.

These do look like official images which tells us an official debut is just around the corner. Market entry in Australia is likely to take place late this year.