Ruf Automobile, like many other car manufacturers, was planning to unveil something special at the Geneva motor show this year. However, due to fears of the coronavirus the event was cancelled. Instead, Ruf has revealed its new model online. Welcome to the 2020 Ruf SCR. 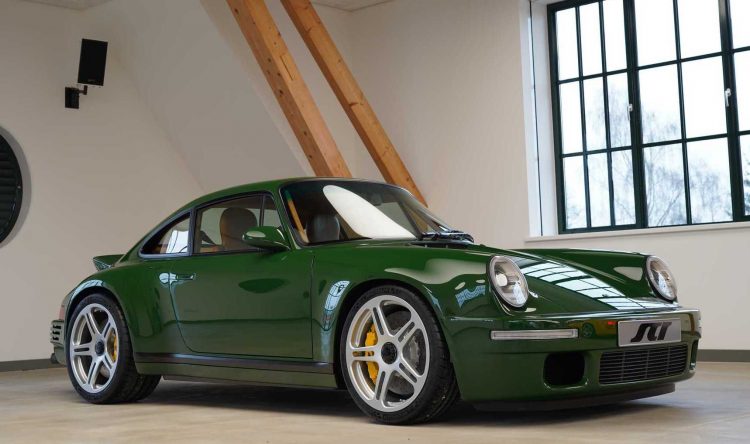 It was actually revealed back at the 2018 Geneva Motor Show, but that was a pre-production concept. This is the full version, ready for the road (or track). The SCR’s philosophy is all about driving performance, as well as innovative lightness and raw engine characteristics.

To start with, the SCR is underpinned by Ruf’s next-generation carbon fibre monocoque platform with lightweight steel for the front and rear, and lightweight steel for the integrated roll cage system. There’s also a stripped back interior with carbon fibre bits and pieces, but we’ll get to those later. As a result, the SCR weighs in at just 1250kg. 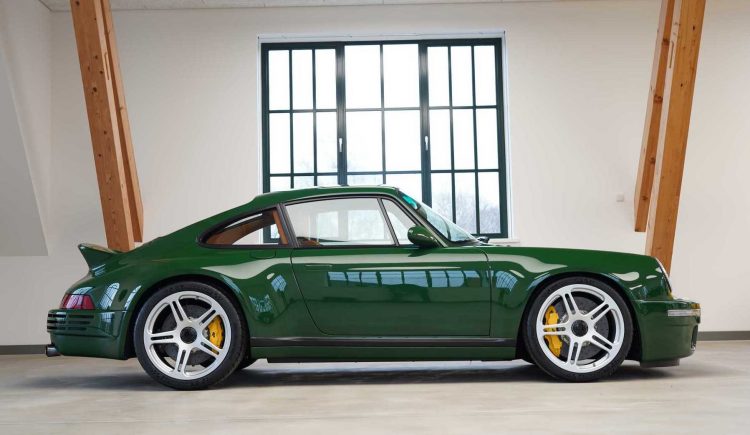 That’s nothing for a modern car. And it’s especially low when you see how much power this thing develops. Speaking of which, behind the cabin and behind the rear axle is a bespoke 4.0-litre water-cooled flat-six that develops 375kW at 8270rpm, and 470Nm at 5760rpm.

Bolted up to the engine is a six-speed manual transmission with rear-wheel drive. Ruf doesn’t mention any 0-100km/h figures but says the top speed is 320km/h. In other words, it’s seriously quick. And best yet, this is all from a traditional philosophy of pairing lightness with raw, naturally aspirated power. 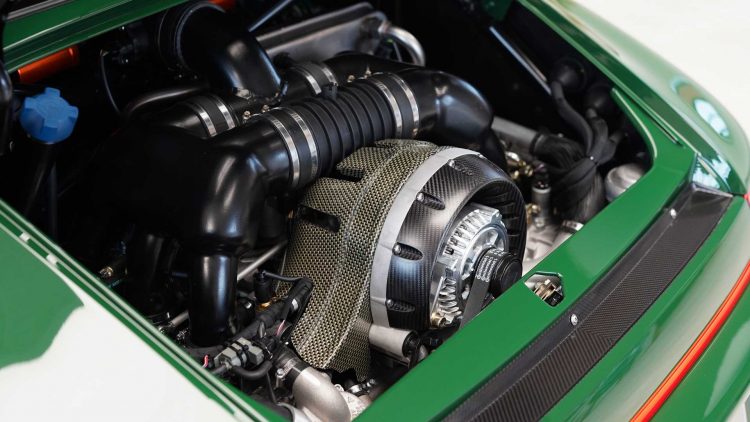 The design and overall personality of the car is inspired by the first Ruf SCR from 1978. And in fact this new model is painted in a very similar Ruf Green colour. In a statement, Ruf describes the SCR, saying:

“This driving machine evolved out of nothing else than the DNA of a species which helped to make the original SCR change the world of sports cars. This deep feeling of driving pleasure was the motivation to spend another two years of development and testing of the prototype. RUF wanted to create a unique, state-of-the-art, gentleman-driver sports car for those who prefer the soundtrack of a normally-aspirated engine.” 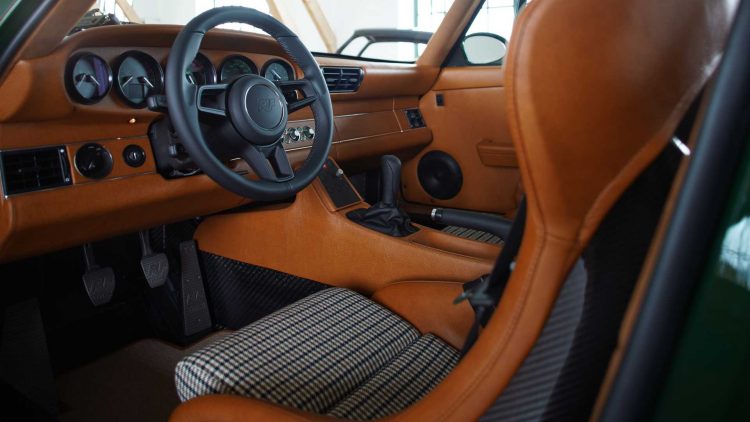 As for the interior, it showcases carbon fibre bucket seats, titanium pedals, and a classic 964-style dashboard. Dark tan leather is used for the dash and door trims, and a traditional tartan-style fabric for the inner sections of the seats.

If you’re interested in buying one, Ruf can build you one from scratch. And you can customise it to suit your tastes. There’s no mention of a price but we doubt the word ‘budget’ even exists in the vocabulary of Ruf’s typical clientele. Check out the video below for a walk-through of the car with company boss Alois Ruf.