Some images of the 2019 Toyota HiLux facelift have surfaced on Toyota’s local website, giving us a quick look at the lightly updated design. 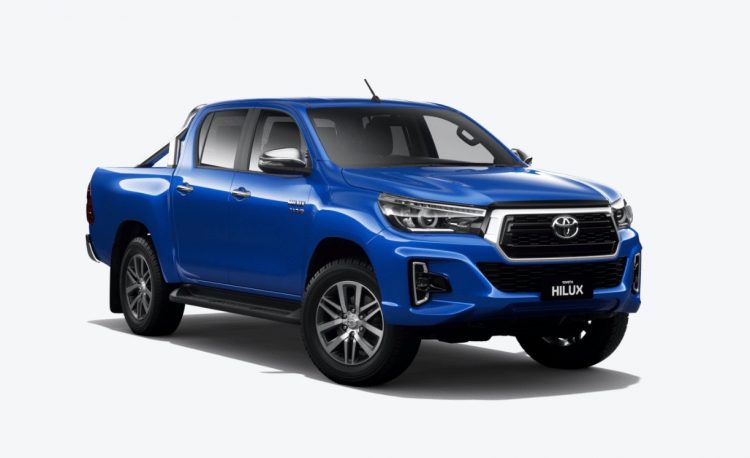 Toyota Australia revised the HiLux lineup only in 2017, streamlining the variant lineup, cutting 10 of the unpopular variants – in the V6 petrol option – while introducing 10 new versions. Toyota Australia also introduced some unique variants this year, including the Rogue, Rugged and Rugged X. For this latest update, which could adopt the MY2019 plate, some variants are set to receive a styling facelift.

These images (screenshots from Toyota’s official website) show the updated SR5 with a new-look front bumper bar and 3D-style grille. This bumper bar looks pretty much identical to the design that we saw on the Thai-spec 2018 HiLux Revo, with the vertical-oriented foglight clusters in the corners.

Judging by the images on the website, only the SR and SR5 will receive the facelifted design. And it looks like there are no major changes to the rear ends of either the SR or SR5. 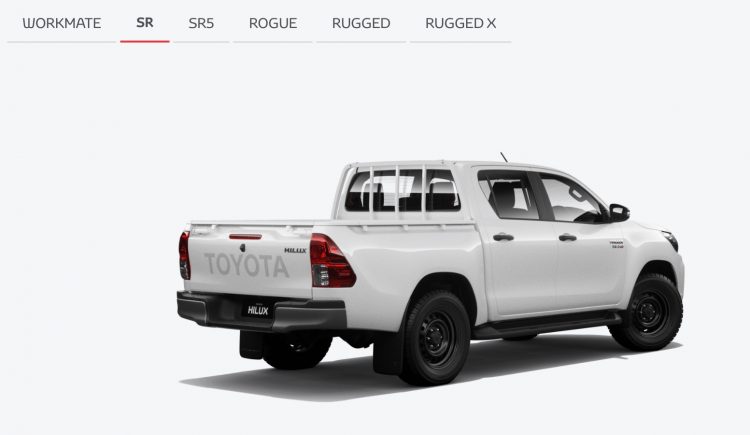 According to reports, the 2019 facelift will mainly be down to the styling tweaks, while the 2.8-litre turbo-diesel four-cylinder is set to carry over unchanged. It currently produces 130kW and 450Nm in automatic form (420Nm with manual). However, a switch for the diesel particulate filter is set to be introduced, like what is featured on the LandCruiser 200 and 70 Series. The switch allows users to clear the filter when it fills up (checking via a digital gauge), as opposed to an automatic clearing system.

Some minor technology updates might also be applied to the interior, such as revisions to the touch-screen media interface to include the company’s latest apps and software, while the interior trims might come in for some minor tweaks.

All is expected to be officially announced any day now, given the offical website is already updated in preparation.