Porsche has been spotted testing driving a prototype version of the facelifted, 2019 Porsche Macan. This is set to be the first proper update since the Macan was first launched around four years ago. 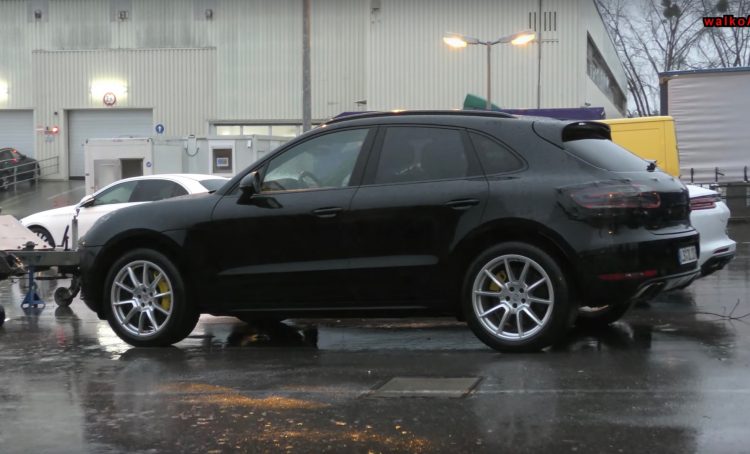 The 2019 Macan won’t be a full generation jump but instead it’s believed it will be more of an update to the design, interior and features. From this prototype, recently spotted on the streets in Germany, the facelift will include new headlights and lower front bumper bar detailing.

Around at the back there seems to be some heavy cladding which potentially conceals a full-width taillight design, like what is seen on the latest Panamera and more recently the new Cayenne. There’s also likely to be some light trimming changes down below.

Some similarly minor updates are expected for the interior, with some buttons possibly removed for a cleaner look with more functions incorporated into the touch-screen media system on the dash. Safety and standard equipment lists are set to be more enticing to buyers.

As for the powertrains, Porsche probably won’t be looking to reinvent the wheel with the facelift, but instead make a few minor tweaks here and there. This could result in small increases in power and torque for most variants.

At the moment the base model Macan comes with a 2.0-litre turbo-petrol four-cylinder producing 185kW and 370Nm. Meanwhile, at the top end of the range, the Macan Turbo with the Performance Pack uses a 3.6-litre twin-turbo V6 developing 324kW and 600Nm.

The Macan has been a very successful model for the Volkswagen-owned brand. During all of 2017 Porsche Australia sold 2478 examples, making it the most popular Porsche available – it’s followed by the Cayenne bigger brother (1111 sales, in 2017). The Macan’s figure is up 14.1 per cent on the 2172 sales it contributed in 2016.

Market entry dates haven’t been officially confirmed yet, but given this prototype is only lightly camouflaged we’d expect a public debut in the first half of the year. The Geneva motor show in March could be a safe bet. Check out the video below for a preview.