Some initial specifications for Mazda’s new Skyactiv-X spark-controlled ignition engine to be offered in the 2019 Mazda3 have surfaced, giving us some idea of its performance. The specs were revealed on Mazda’s Slovakian website, following an original unveiling of the new model in November last year. 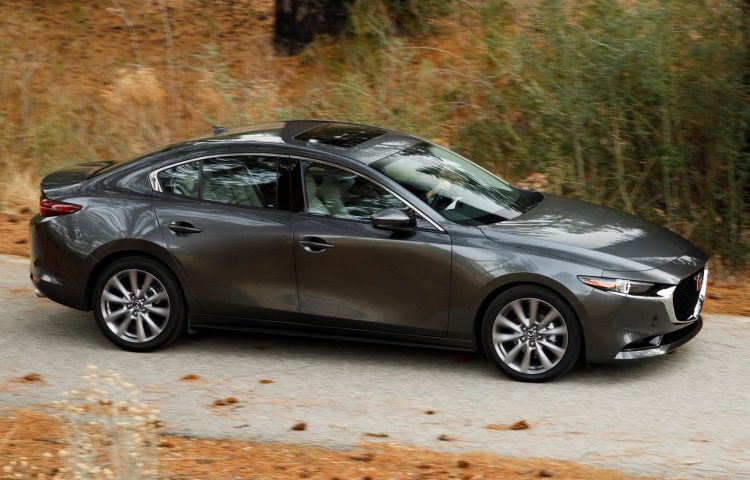 According to a brochure from the website, the new Skyactiv-X engine will be available on the upper variants only, with either a manual or automatic transmission. Front- and all-wheel drive will also be available for the hatch, at least in Slovakia.

So, what are the specifications? Using a market-first (for the class) technology Mazda calls Spark Controlled Compression Ignition, the Skyactiv-X engine option is of 2.0L in capacity and produces 133kW and 222Nm. This makes it slightly less powerful than the existing 2.5L petrol (140kW/251Nm). 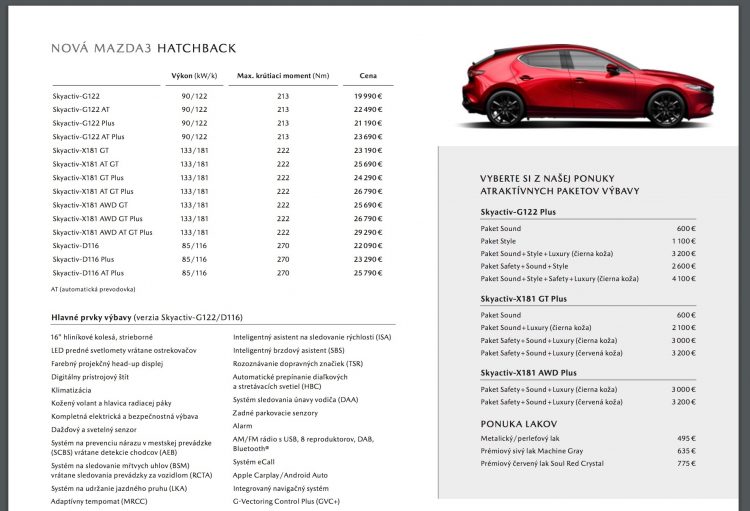 Mazda has in the past said the new Skyactiv-X engine technology would help to provide the economy of a 1.5L with the power of a 2.5L. By the looks of these initial specs it does appear to come quite close in terms of output. We’ll have to wait and see to find out the consumption figures.

According to the specs, the Euro version will also be offered with a 1.8-litre turbo-diesel. It produces a fairly underwhelming 85kW and 270Nm. It looks like this will only be available in front-wheel drive, but in hatch and sedan format. 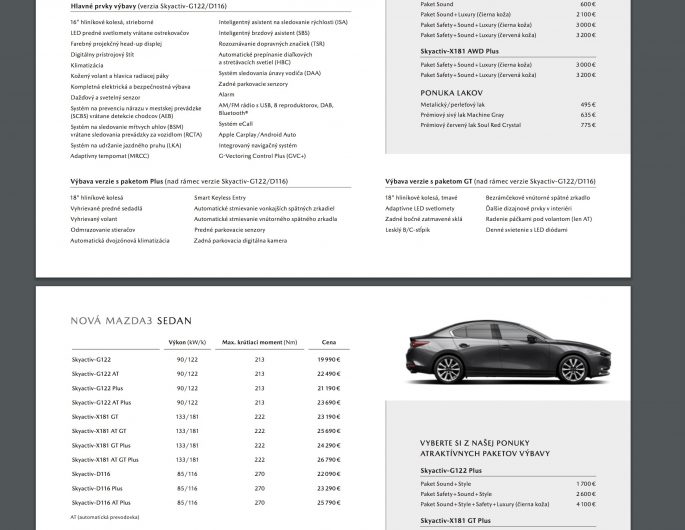 Other interesting details shown in the spec sheet include Apple CarPlay and Android Auto fitted as standard, digital radio, and Mazda’s latest G-Vectoring Control Plus technology to assist with driving stability and smoothness. At minimum some 16-inch alloy wheels will also be part of the package.

Again though, this is all in terms of the Slovakian specifications. Australian details are yet to be confirmed – as far as we know the 2.5L petrol engine will be offered initially. It goes on sale here some time during the middle of this year.