A new SsangYong ute has been launched in South Korea, called the Rexton Sports. It comes in as an intermediate ute, below the Actyon Sports that’s offered in Australia. 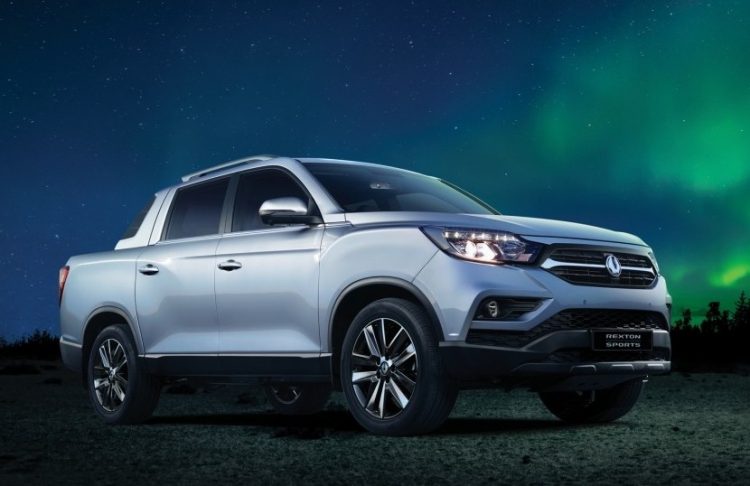 SsangYong has previously announced it is planning to launch a number of all-new models in the near future, and this is one of them. It’s based on the Rexton SUV, which was unveiled early in 2017.

The Rexton Sports isn’t designed as a super heavy-duty ute to take on the likes of the Toyota HiLux. Instead, it’s more of an active lifestyle vehicle, featuring double wishbone front suspension and a five-link rear end to ensure on-road comfort.

Power comes from a 2.2-litre turbo-diesel engine producing 131kW and 400Nm, connected up to two-wheel drive and optional four-wheel drive running gear, with a locking diff option. This is the same engine offered in the Rexton SUV.

Some of the highlight standard features include 17-inch alloy wheels, Bluetooth, cruise control, and LED daytime running lights, while upper variants will come with 18-inch wheels, and luxuries such as Nappa leather and a large touch-screen media interface.

Given the new Rexton is not offered in Australia, the Rexton Sports might not be launched locally. However, SsangYong’s operations are currently on hold in Australia. It’s understood it is working out a proper business plan for the future of the brand here.

The Rexton Sports will officially go on sale in South Korea in January, and is expected to be launched in parts of Europe including the UK later in the year. Check out the quick promo video below for more.