The European version of the 2018 Holden Commodore VXR has been revealed at the Frankfurt motor show, carrying the nameplate Opel Insignia GSi. Vauxhall will adopt the same name for its version as well. 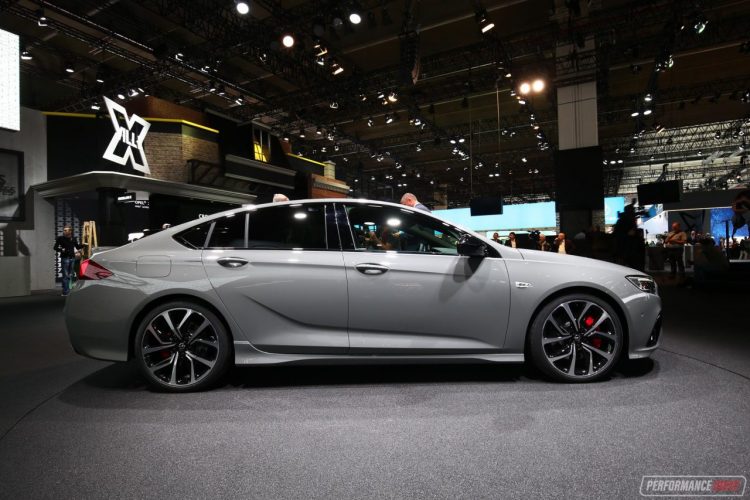 Holden confirmed in July the new sports variant of the Commodore will be called the VXR. However, the Frankfurt show has been the first time the car has been shown in the metal to the public.  And by the looks of it, the aero team at GM Europe has done a great job of giving the humble sedan a racy personality.

It shows off unique front and rear bumper bars with an integrated rear spoiler, wide exhaust outlets and a neat diffuser in the middle, while the front incorporates a spoiler and aggressive intakes highlighted in silver. There’s also some stylish 20-inch alloy wheels.

Underneath the Opel- and Vauxhall-badged versions is a 2.0-litre turbocharged four-cylinder engine paired up to an eight-speed automatic, with all-wheel drive. Output stands at 192kW and 400Nm. This doesn’t sound like much, however, the new model is around 160kg lighter than the outgoing Insignia VXR, which helps boost the power-to-weight ratio. 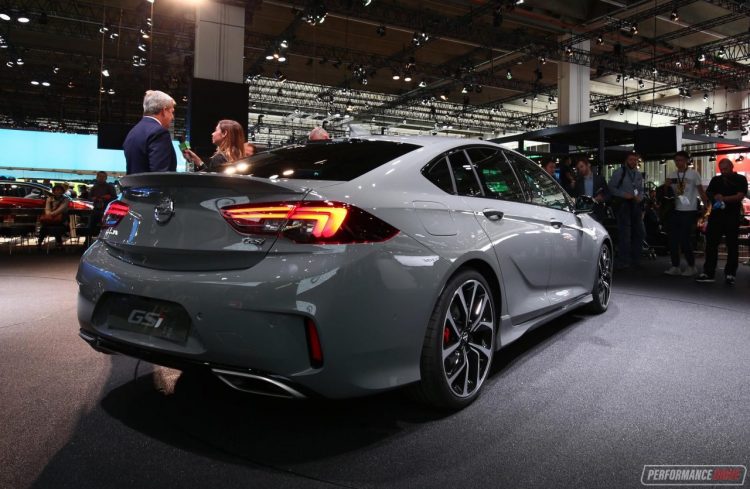 In other areas the GSi gets eye-popping Brembo brakes, sports suspension that lowers the car by 10mm, and a set of Michelin Pilot Sport 4 S tyres. The all-wheel drive system also features a clever torque-vectoring function that is able to separate power delivery between the left and right rear wheels to help with cornering.

The interior is spruced up to match, with big sports seats hugging the front passengers, a flat-bottom steering wheel for the driver, and various performance-inspired highlights such as a unique GSi instrument cluster.

Holden has confirmed the new Commodore will go on sale in Australia in February. The Commodore VXR will be powered by a 3.6-litre naturally aspirated V6 producing 235kW, while a 2.0-litre turbo front-wheel drive will be offered in the lesser variants.