Kia has revealed the cute new Picanto compact car ahead of its public debut at the Geneva show in March. And on first impressions, it looks like it could be a fun little car. 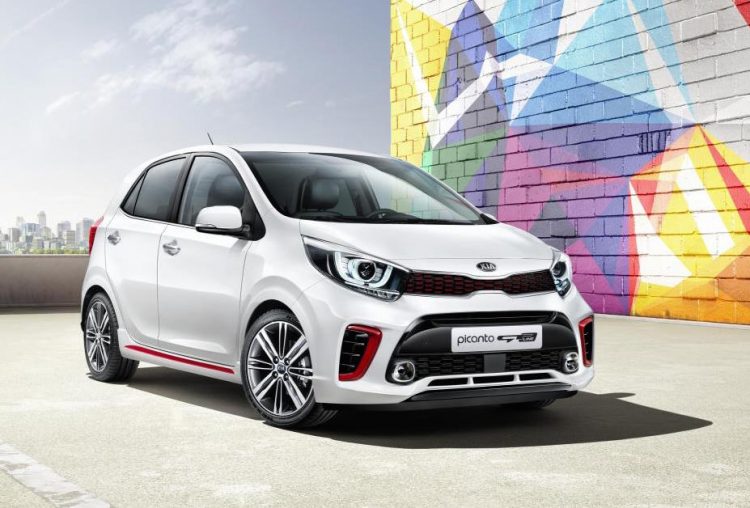 Previewed a few weeks, the new Picanto showcases a rather sporty design, with its trademark tiger nose grille, a neat little trio of grilles lower down, leaving a poor sad face in the middle.

This model shown features the GT-Line package which Kia is introducing more and more on its showroom models. It brings the red highlights for the front clusters and side sill trimmings, along with a spiffy rear diffuser and twin exhausts.

Kia says the new model uses a 15mm longer wheelbase, with the front and rear axles pushed further outward for a more confident appearance. Overall the length remains at 3595mm.

Inside, the 2017 Picanto gets a “floating” touch-screen interface packaging in the latest in-car technology. Android Auto and Apple CarPlay are expected to be on offer, at least for the upper variants, and you can see sat-nav will be available too.

Details regarding the engine haven’t been disclosed, however, the current model is powered by a 1.2-litre four-cylinder producing 63kW and 120Nm. This is backed by an older-style four-speed auto. Tare mass is rated at just 885kg, with this new model likely hitting similar figures.

In a statement, Kia Australia confirmed the new model will go on sale locally during the second quarter of this year. Kia Picanto EV on the cards, challenge to keep costs down – report September 23, 2019