The Volkswagen Polo has been a staple product in the compact car segment for 41 years now. The baby of the lineup has proven a hit for buyers of all ages, and it was crowned World Car of the Year back in 2010. 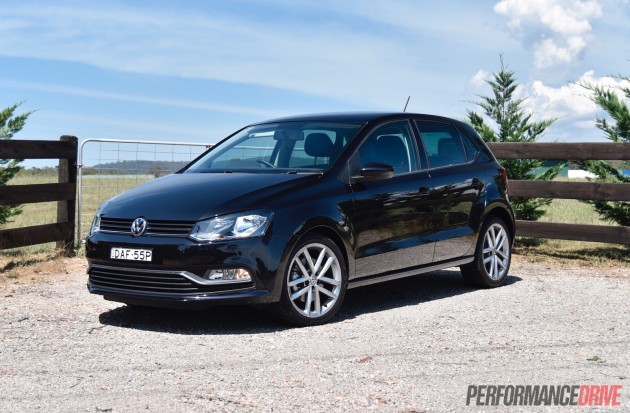 Obviously, we could mention Volkswagen’s recent fall from grace, and mention how models like the Passat and Golf are extremely important for Volkswagen to hold onto its market share. But the truth is, the Polo is VW’s cheapest offering (in Australia) and it could be its most important model due to the fact it’s the most accessible for buyers, both new and experienced.

You can get yourself into the latest Polo from $16,000, with the base 66TSI accommodating for budget-oriented buyers. For your money you’ll get a 1.2-litre turbocharged four-cylinder, churning out 66kW and 160Nm. The 66TSI comes packed with features like cruise control, a rear-view camera, and a 6.5-inch infotainment system with Apple CarPlay, as standard.

Stepping up the range into the 81TSI and Volkswagen throws in 15-inch alloys, stop/start technology, chrome accented grille and bumpers, leather on the steering wheel and gear lever, and a perkier version of the 1.2-litre TSI producing 81kW and 175Nm. We’re sampling the flagship Comfortline version with the DSG auto, which starts at $20,990 (excluding on-roads). 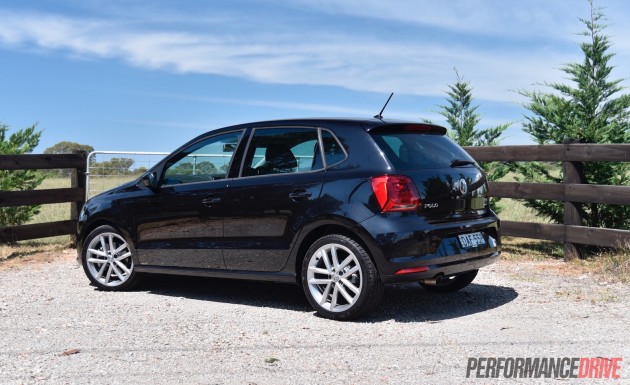 The 2016 Polo features only a few minor exterior styling tweaks, carried over from the 2014 facelift. Overall it doesn’t look all that different from the fifth-generation model that was launched back in 2008.

Volkswagen’s design team seems to be abiding by the design philosophy; if it ain’t broken, why change it? Why indeed? The Polo casts a petite but refined silhouette, which has ultimately proven popular with buyers globally. There are several design tweaks up front for this Comfortline, including some chrome trimmings added to the fascia, along with very subtle tweaks to the rear.

The interior is a great example of a finished product being greater than the sum of its parts. While Volkswagen, like every other manufacturer in this market segment, has utilised very similar cheap trim, the fit and finish defy the Polo’s price tag. The steering wheel, also used in other VW models like the Golf and Passat, is a particular highlight. It’s slim, wrapped in leather with some glossy-black panels, and has an undeniably ‘Volkswagen’ feel about it.

So, if you’ve got a family or a large group of friends that rely on you for transport, how does the Polo stand up? Well, it’s not in the ‘supermini’ category for nothing. It is a small car, but a small car that’s been designed with practicality firmly in mind. 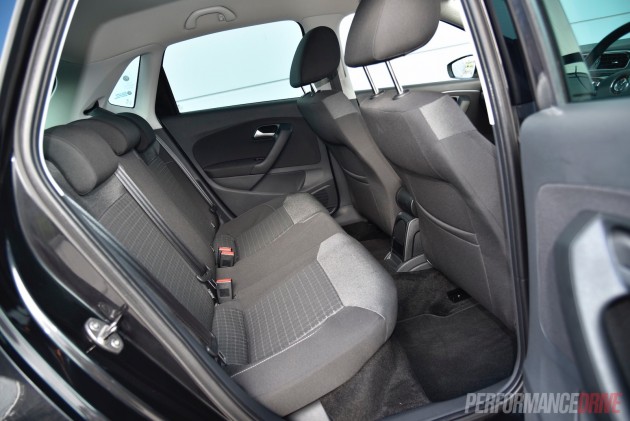 There’s a bunch of cup holders and cubbyholes for everyday clutter in the cosy environment. Impressively, headroom isn’t an issue, but those up front will have to sacrifice some legroom for anyone larger than an 10-year old in the back. If rear cabin space is really a must for you, we’re afraid to tell you that you’re in the wrong car category. Boot space meets the segment average, offering 280 litres, compared with 286L in the Toyota Yaris and 250L in the Mazda2 hatch. There is a full-sized spare housed underneath too.

It’s by no means a beautiful cabin, with practicality and usability coming before style. The largely black centre console and dash aren’t a design exercise in beauty, but the uncluttered button layout and 6.5-inch display add to the simplistic aesthetic.

While some potential buyers may be put-off by the absence of navigation, especially considering the Polo sits on the upper echelon of the supermini’s price bracket, the inclusion of Apple’s CarPlay system is a strong poker-hand for the Polo. Connecting your phone via USB opens up music, voice-command dialling and messaging, as well as navigation.

Volkswagen, in a very Germanic fashion, offers what it calls the ‘Driving Comfort Package’. For $1900, this adds radar cruise control, slow-speed auto braking capability, climate control, a fatigue sensor, automatic lights and wipers, and tyre pressure monitors. We think this isn’t a bad price to pay for these technologies, especially as they are usually only seen in higher-end vehicles.

All Polo variants have been given a five-star ANCAP safety rating, with front and side airbags up front, and head airbags for rear passengers as standard. 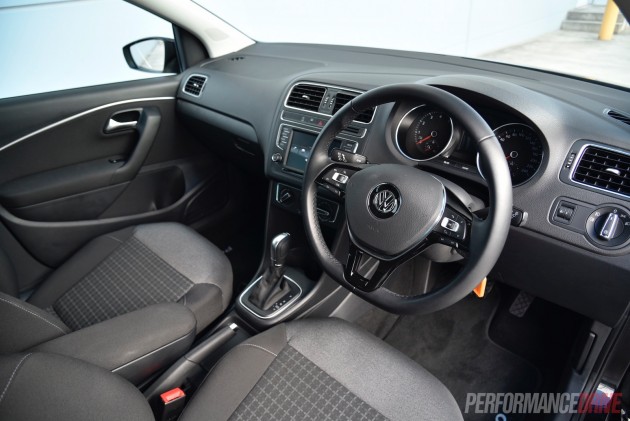 Volkswagen has taken the 1.2-litre turbocharged unit from the 66TSI and turned up the turbo for an output of 81kW and 175Nm. Power is transferred to the front wheels via Volkswagen’s latest seven-speed DSG transmission. While the figures might not sound like much, it is enough to propel the Polo up to speed in respective time, with barely a millisecond or kilowatt lost through the direct transmission.

The optional DSG gearbox is a sublime addition, and is not only a benchmark for transmissions in this price bracket, but a yardstick for the automotive world. The slick shifts are unnoticeable bumbling around the city, and add some incentive to actually push the Polo when the mood strikes.

Independent front and rear suspension handles aggressive driving in a much more composed and sophisticated manner than some of its Japanese and Korean counterparts. Its lightweight (1151kg), short wheelbase platform ensures pure responsiveness, and it remains impressively stable when approaching a bend and slamming on the brakes.

The same applies when throwing it around a corner, with the Polo bending down onto its optional sports suspension and making its way around without a fuss. This capability does however take away any sense of spontaneity or engagement, with an over riding sense that the little VW has everything under control and there’s little more for the driver to do.

So, as a driver’s car, it’s impressively capable, but not as much excitement as some of the rivals. Around the city, in the Polo’s natural territory, it begins to shine out from the crowd. The cabin is extremely quiet with no squeaks or rattles, and barely any road noise creeping in. Volkswagen’s efforts to reduce NVH (noise, vibration and harshness) have paid dividends. We think the Polo offers one of the more refined driving experiences in this class.

One downside to the sports suspension option is the ride quality, which is too firm for daily commuting in our opinion. Combined with 17-inch alloy wheels and low-profile tyres, almost every bump and irregularity of the road is transmitted into the cabin.

This can be forgiven thanks to the perky powertrain, which feels right at home in the city, darting off the lights through traffic without a fuss. The ironic thing is that in an urban environment, the engine and transmission combine into such a perky drive, you’ll catch yourself driving a bit too enthusiastically through the city.

Thankfully, there is a BlueMotion screen within the infotainment system which tries to bribe you into driving economically with blue graphics. It actually works. On longer drives you’re constantly trying to better the last drive’s economy figure. This, combined with stop/start technology and an efficient little 1.2-litre, result in a combined cycle economy figure of 4.8L/100km. We returned 5.9L/100km during our time in the car.

It remains one the more sophisticated offerings within the compact car market segment. Yes, our review car here is a $20k-plus offering with the options added on, which admittedly places it against some rivals in a larger car segment (Mazda3, Toyota Corolla), none of them can match the Polo’s refinement and build quality, or economy for that matter. There’s a tangible sense of precision throughout the Polo which will surely continue to be a hit for buyers, both young and old.

CONS:
– Bland interior compared with some rivals
– Can turn into an expensive little hatch when optioned