Porsche’s road-worthy ballistic missiles, the 911 Turbo and Turbo S, are set to hit Australian shores in May next year, following their official unveiling at the Detroit Motor Show in January. 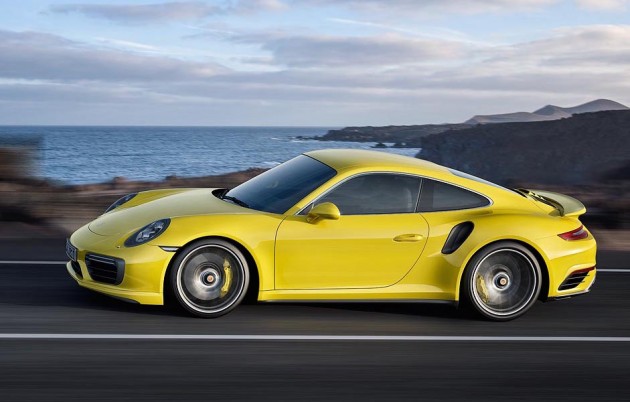 Thanks to some clever engineering, another 15kW has been squeezed from the 3.8-litre bi-turbo six-cylinder, bringing power up to 397kW for the Turbo, and 427kW for the Turbo S.

Porsche has been generous enough to equip all Turbo models with the previously-optional Sport Chrono package, which now comes with a mode switch and sport response button. A 918-inspired steering wheel hosts a new dynamic driving mode switch, with Normal, Sport, Sport Plus and Individual settings. 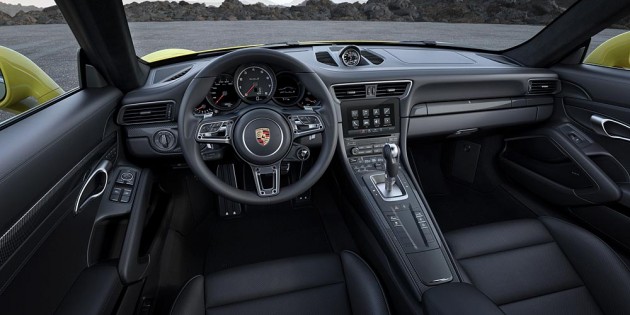