Here it is, people. The all-new 2016 Cadillac ATS-V high-performance coupe and sedan. This is GM’s latest and greatest mid-sized performance car set to tackle vehicles like the BMW M4 and M3. 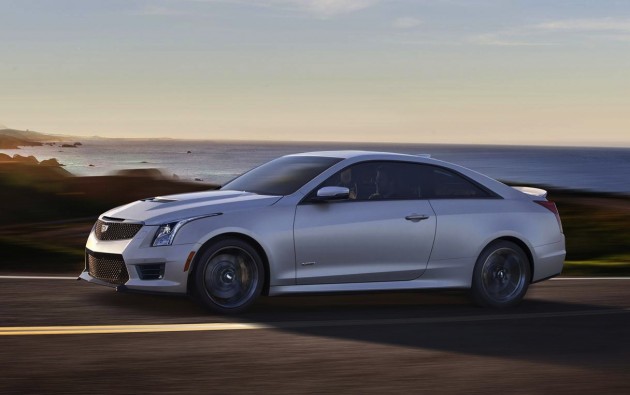 Starting with the engine, it is, as suspected, a twin-turbo 3.6-litre V6 producing 339kW of power and 603Nm of torque. It uses low-inertia titanium-aluminide turbines with vacuum-actuated waste gates. This is GM’s most powerful production V6 engine and the most powerful six-cylinder in its class – if only the Commodore were to hang around for a bit longer.

The new engine enables the ATS to sprint from 0-100km/h in around 3.9 seconds (0-60mph) with a top speed of over 297km/h. Part of this speed and performance is down to a six-speed manual transmission which comes with Active Rev Match and a no-lift shifting function with launch control. An eight-speed auto with paddle shifters will also be offered.

To ensure the rest of the car keeps up with the potent V6, the ATS-V gets a set of serious Brembo brakes, while the handling and body control is kept in check via a third-gen magnetic ride control sports suspension system with adjustable settings.

Structural stiffness has been increased by 25 per cent compared with the regular ATS, partly thanks to V-braces for the engine compartment, an aluminium shear panel at the front of the chassis, strut tower braces, and a bolstered rocker bulkhead.

Inside, Cadillac has infused a blend of luxury and sportiness, with carbon fibre trimmings and V-inspired highlights. Buyers will be able to option for hip-hugging Recaro bucket seats wrapped in suede-microfibre. 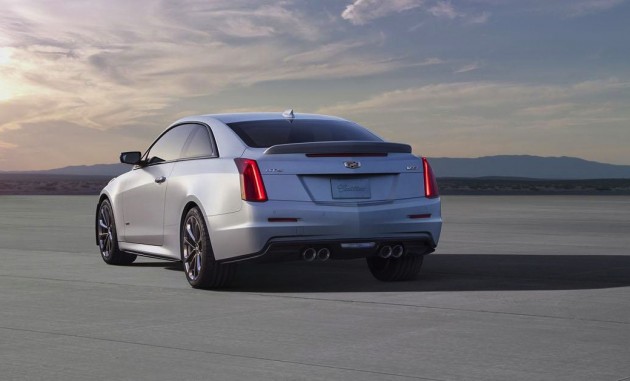 This should be a popular car for GM if it turns out to be a great drive. We can only hope GM introduces Cadillac to Australia some time in the future. David Leone, Cadillac executive chief engineer, spoke about new model in a recent statement, saying,

“As the smallest and lightest V-Series ever, the ATS-V forges a great connection with the driver, with exceptional nimbleness and responsiveness. It’s adaptable to the driver’s preferences, with every selectable mode developed to deliver the best performance for all types of driving scenarios, including the track.”