Hot hatch fans will be pleased to hear Volkswagen Australia has dropped prices for the 2015 Scirocco R performance hatch. The new model boasts higher safety, updated styling inside and out, and now increased value. 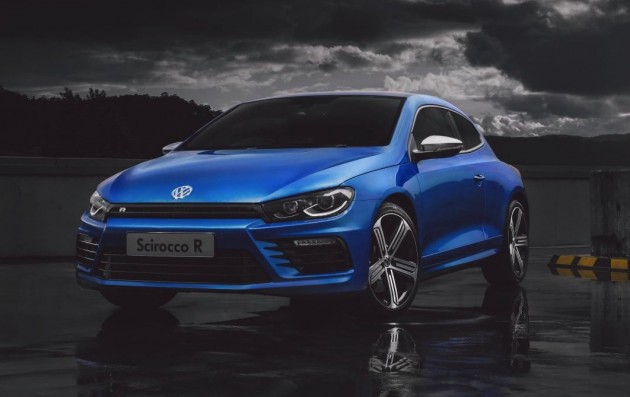 Open the door and you’ll see new-look dials and instruments, paying tribute to the original Scirocco from 1974, as well as an updated centre console with a chronometer atop the dash with boost and oil temp gauges.

In terms of increased specification, the 2015 model now comes with a reverse parking camera as standard, as well as front and rear parking sensors. Buyers also get the full infotainment touch-screen display with an eight-speaker stereo and comprehensive media support.

Powertrain and performance is unchanged, with grunt coming from a 2.0-litre TSI turbocharged four-cylinder engine producing 188kW of power and 330Nm of torque. It’s sent through a six-speed manual or DSG dual-clutch auto and into a diff-lock-equipped front-wheel drive system. Manual versions come with an average fuel economy of 8.1L/100km, while the auto uses 8.2L/100km.

The biggest news is the new price. The manual starts at $45,990 and the DSG auto starts at $48,490. This is $2000 cheaper than the previous price, for both transmission options.