Subaru has revealed a 2015 update for the sporty Forester SUV, bringing a CVT auto to the diesel for the first time, as well as introducing interior upgrades and enhanced technology to the range. 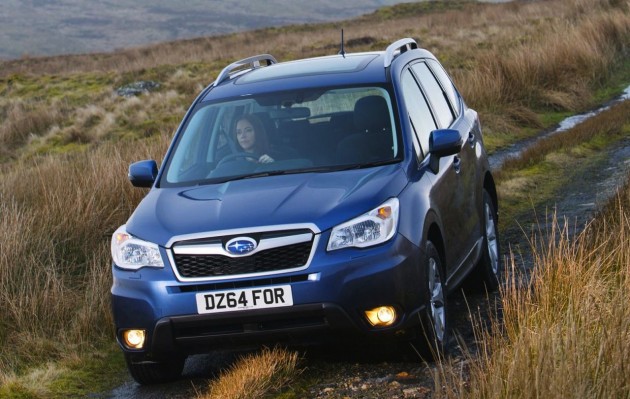 Until now, the Forester diesel has only been available with a manual transmission. Subaru has developed an updated 2.0-litre diesel engine which features new glow plugs, an upgraded injection system, and reduced noise and vibration levels, along with a CVT auto option.

In terms of technology updates, the new Forester gets a new 7.0-inch touch-screen interface with satellite navigation as standard (at least for Euro models), as well as a reverse camera and a multi-format sound system.

Subaru says it has also improved sound insulation for the cabin with greater soundproofing in areas around the bonnet and air intake, and has introduced higher quality materials for the dash including piano black trimmings and metallic highlights for various areas.

On the outside the Forester remains mostly unchanged, except for the inclusion of a shark-fin antenna. Subaru Australia is yet to officially announce local details, however, the update will arrive during the second quarter of this year.