If you were to pick a car for a 3000km-plus grand touring trip of Europe, what would you pick? You want something fast, but then, you want something efficient. You also want something with room for all of your luggage and pointless and expensive souvenirs that you inevitably end up buying. During our recent visit we decided to go with the 2014 BMW 520d Touring, with the optional M Sport pack to help cope with hundreds of kilometres of autobahn speed and lots of Nurburgring punishment. 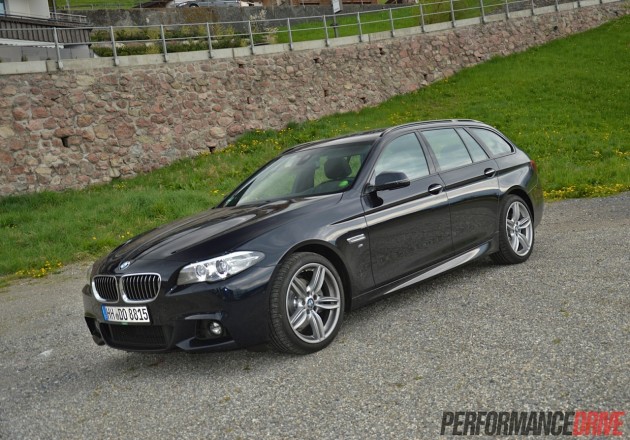 Sure, the 2.0-litre turbo-diesel is not the most powerful out there, but given diesel prices in some parts of Europe are well over $2.00 per litre (and Australian pumps are not far behind) we thought we’d better think seriously about efficiency.

The 2014 5 Series was introduced late last year. It’s available in a wide range of engine choices in Australia, including petrol and diesel, and even more variants in Europe. All of them are turbocharged and boast impressive economy figures. The 520d uses just 5.3L/100km on the official average cycle.

In Australia the 520d is the entry-level Touring and the only diesel wagon on offer. It comes with a 2.0-litre four-cylinder producing 135kW of power and 380Nm of torque. It’s only available locally with an eight-speed automatic transmission with rear-wheel drive. 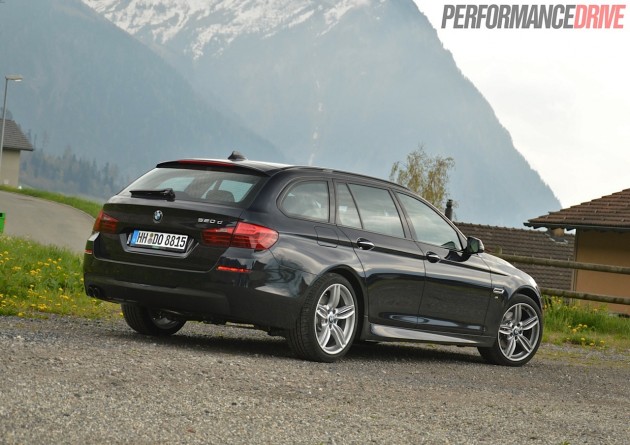 Before you get to BMW’s flagship 7 Series, the 5 Series is the company’s largest car. Inside, you’re immediately aware of that fact. The front seats are spread apart with a big centre console, and the rear seats are well back with enough room to fit three adults across quite easily. It’s an airy cabin environment with one of the best design layouts in this class.

The regular 520d Touring comes with ample luxuries and equipment, including 18-inch alloy wheels, eight airbags, a power tailgate, a rear-view camera, and a comprehensive multimedia interface with BMW’s new touch-sensitive iDrive controller. There are a load of optional features you can go for as well, some of which are a real treat such as the comprehensive head-up display ($2800), four-zone climate control ($1300), and the beefy Harman/Kardon 16-speaker stereo ($1300)

If you’re about to purchase this model we’d strongly recommend opting for the M Sport pack. It adds a touch of exclusivity, enhanced style, and a slightly more energetic personality. It may help retain some resale value as well.

With the M Sport pack you get sports suspension with adaptive dampers – blended in with the standard ‘Driving Experience’ driver modes – 19-inch alloy wheels and a subtle bodykit, a bespoke leather-wrapped steering wheel, and lots of M Sport badges and special trimmings.

At first we were a bit worried about the M Sport seats being perhaps too firm and intrusive for an enormous journey, but we can happily report our behinds are in no worse shape than before we left. The seats are still soft like the regular items only they come with more lateral support and adjustable side bolsters.

In general, wagon versions of cars are pretty cool. And for the 5 Series Touring, we think the shape is well-proportioned and from some angles it’s even nicer to look at than the sedan. Aerodynamically, the latest model is slippery too. In fact, the 520d offers a drag co-efficient of just 0.25 – the same as a Toyota Prius.

The wagon provides 60 litres of added cargo space over the sedan (500L vs 560L), and with the rear seats folded down the Touring opens up 1670 litres of space. This is more than enough for a set of skis and plenty of luggage. 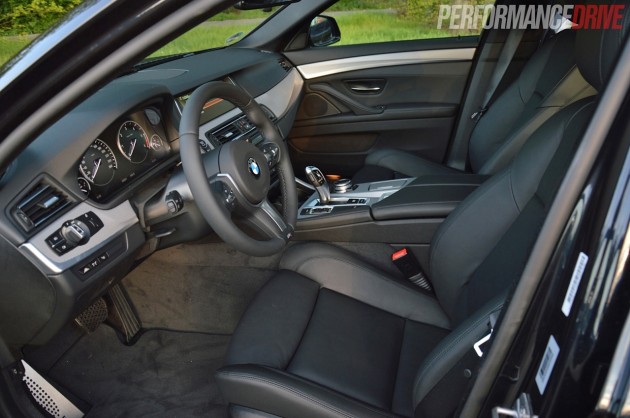 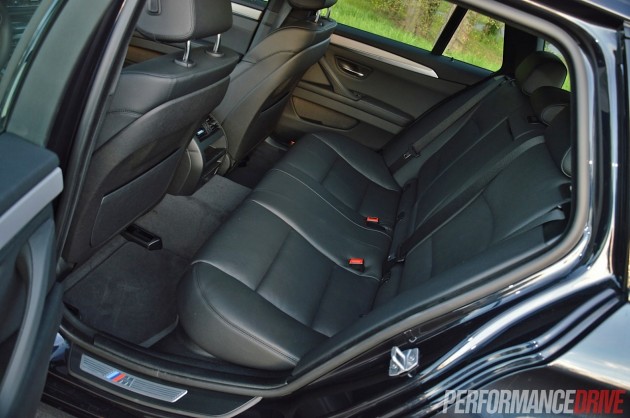 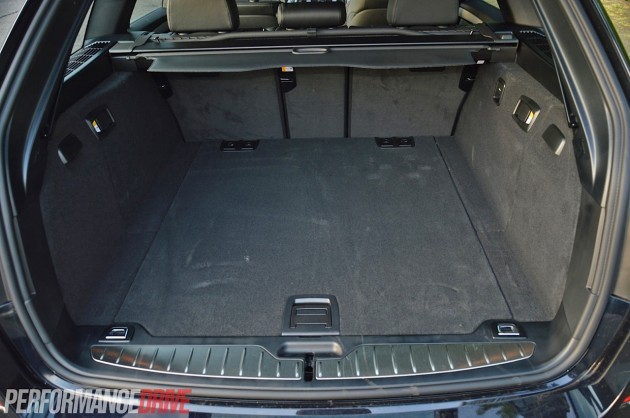 Our plans for a cross-country Europe trip were ambitious. Drive from Frankfurt, down through Stuttgart and Munich, into Austria and through the Swiss Alps, down to Milan in Italy, further down to Sanremo, and then right across to Monaco. After that, return back up via Zurich and to Cologne and the Nurburging. A 3800km round trip, and all in just two weeks. This wasn’t a holiday. It was an endeavor.

Starting in Germany the first thing to test is the top speed, obviously. Foot down hard until the needle stops moving and the 520d is able to nudge 240km/h. Though, its sweet spot is around 190km/h. The eight-speed auto transmission works brilliantly under these demands. The span of ratios are perfect, with quick acceleration (for only 135kW) and great, low-rev highway cruising. At 190km/h the engine revs at just 3000pm.

Stability is an important factor when travelling at such speeds. With the other half on board, there was no chance of driving flat out if it was going to be at all scary. Even at high speeds the 520d is as solid as a train. It really is built for it. There were no complaints from the other half, although, she did notice “the scenery is moving really fast”.

So how about getting up to speed? There is some noticeable turbo-lag in the 520d, especially straight off the mark from 0km/h. The torque then comes on to provide adequate forward thrust for most conditions. Using the gears and upshifting sooner rather than later might not come with the excitement of a revving engine but it is the quicker way to get around.

Overall power output is not enough to stir thrills of any sort, with 0-100km/h coming up in an extremely linear (except off the mark) 8.1 seconds.  The engine seems to fulfill only the purpose of getting from A to B. In other words, any less power would not suffice. It is very economical, quiet, and refined, though. 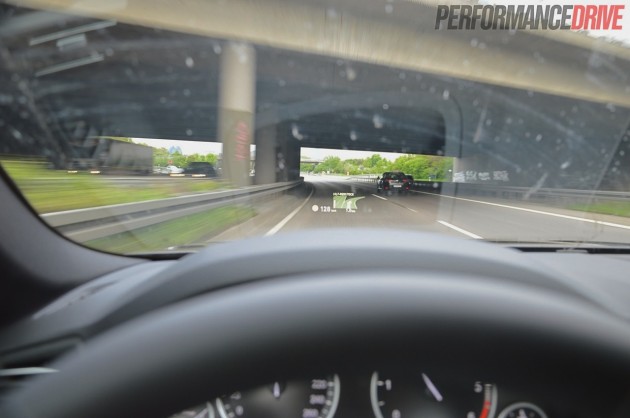 We averaged around 7.6L/100km during our two weeks with the car. It must be taken into account we were travelling at 180km/h-plus on the autobahns for most of the time, and venturing up the steep mountains in the Swiss Alps – including up to Stelvio Pass, which, unfortunately, was closed. You could expect a more reliable ‘real-world’ figure of around 7.0L/100km.

The handling is, like any modern BMW, hard to fault. There is minimal body roll with superb steering and feedback. Having the meaty M Sport steering wheel further enhances the connection.

Down near the gear lever you’ll notice the Driving Experience toggle. It offers four driving modes; Eco Pro, Comfort, Sport, and Sport Plus. There is a lot of benefit in the driver mode toggle as it allows you to make minor adjustments to the way the car feels, so it can be suitable for a range conditions. For example, the suspension is comfortable and absorbent in Comfort mode, and taut and supportive in Sport Plus mode. 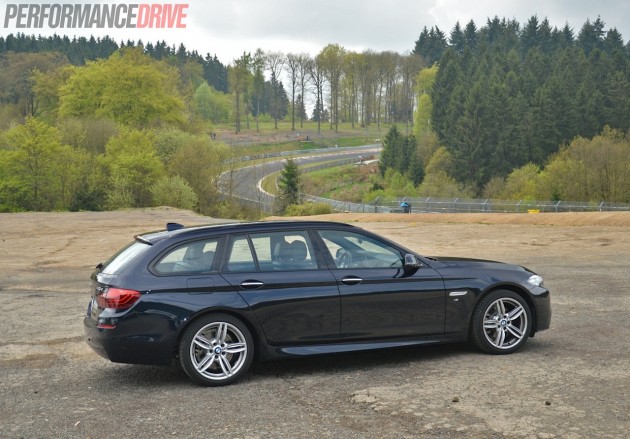 What better place to road test a vehicle than at the Nurburgring? We threw the big wagon at the German circuit for four laps. To our surprise, it managed a fairly respectable 9:23.8 (bridge to gantry – video here). Again, the quickest way was to allow the torque to pull through the speeds as opposed to making the engine rev right out.

Around the corners, all 154 of them, the M Sport suspension soaks up the various jumps and dips of the Nurburgring very well. At no point does the car feel under-dampened or overly stiff. You can tip it into the apex and, with some momentum, you can get the rear end sliding. From there it remains neutral and predictable.

The run-of-the-mill run-flat tyres took a beating and were perhaps out of their league at the ‘Ring, but shaped up okay in the end with mild understeer and oversteer towards the ends of our laps.

Acceleration and forward performance won’t take your breath away and the platform feels like it could handle a lot more power and torque; the output figures are only just enough to shift the big wagon around the arduous track in an enjoyable speed.

The power is the main concern. There isn’t much in the top end, as you would expect from a diesel, so it’s the torque that pulls it through. Torque is great in most cases, but here, torque alone feels a bit boring.

With the added space in the back, kerb weight of the 520d sedan swells out from 1630kg to 1735kg in the wagon. It doesn’t feel that heavy beating around the track, with no moments of nervousness or clumsiness to report.

Even still, BMW engineers have done a great job to keep weight down. 1735kg is reasonably low for a large wagon. Take, for example, an equivalent Holden VF Calais Sportwagon. It weighs 1798kg and it isn’t burden with the same level of luxury or on-board equipment as the 520d, not to mention the typical lard of a diesel engine. 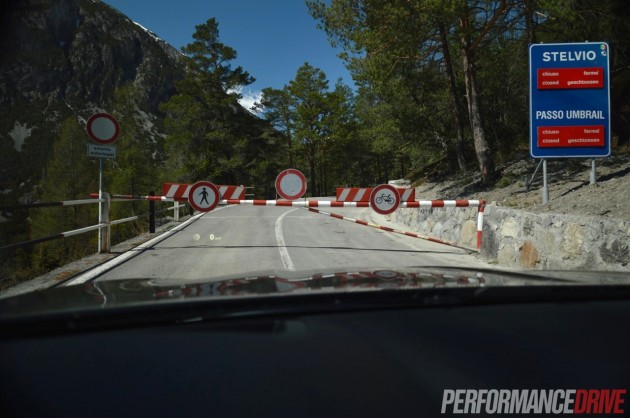 What a fantastic and very versatile all-round car. From high-speed on the autobahn to high-tempo corners and switchbacks in the Swiss Alps, to carting around luggage with plenty of room. And all with excellent economy.

The 520d Touring M Sport is an ideal companion for a range of occasions. If only BMW Australia offered the 230kW 535d Touring. 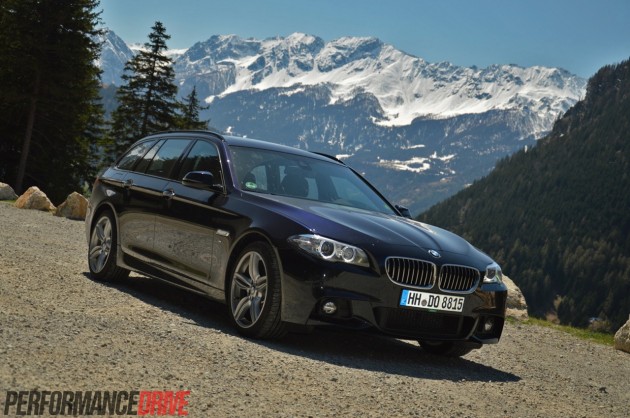